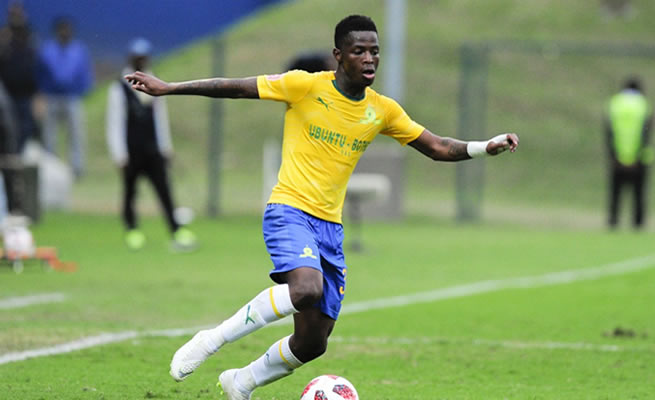 Mamelodi Sundowns attacking midfielder Phakamani Mahlambi says he only has two years to equip himself for a move abroad.

The pacey attacker joined Sundowns in August and penned a five-year deal but has hinted that he might not see out his whole contract at Chloorkop.

He said Masandawana coach Pitso Mosimane had told him he would most likely move to Europe in two years’ time.

“The coach has given me the time frame… two years,” said Mahlambi.

“Being aware of myself and not playing regularly in the team, I think I am still not ready to go there for now. I need to play more and after that, I will know that I am fit enough to go to Europe. If the move comes I will leave.”

The former Bidvest Wits star went on to say he is not picky as to where he would like to end up, just as long as he plies his trade abroad.

“At this current time, there is no such thing as ‘I want to go to this team’ because they have different offers. I think it is going to depend on the offer that I get.”

Mahlambi said the experience that he gathered while playing for Egyptian giants Al Ahly has helped him to be a better player and to master the art of patience.

“I have learnt a lot in Egypt football-wise and life in general. I think the most important thing that I’ve learnt in Egypt is to be patient, knowing that I wasn’t playing for such a long time I just had to stay patient and wait for my term.”