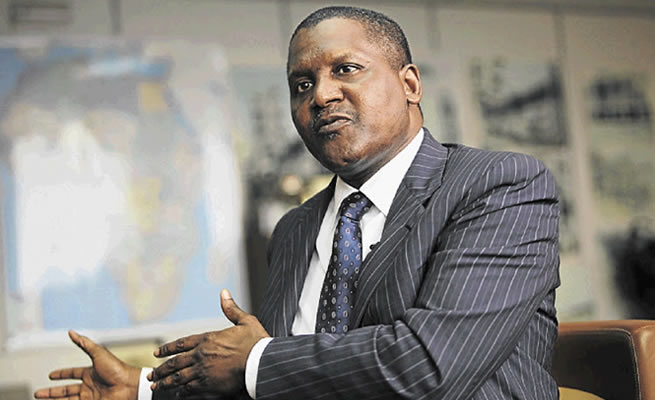 Nigerian billionaire Aliko Dangote is said to be looking at buying one of the Soweto giants, should his bid to own London club Arsenal fail.

Dangote, who is Africa’s richest man – was previously linked with a move to take over at Orlando Pirates, but that proved to be just rumours.

Speaking to Bloomberg lately, Dangote confirmed he would be looking at securing another club as he wishes to own a club of his own.

“I’m very attached to Arsenal but if they won’t sell, I might have to change,” said Dangote, who is worth $11.1 billion.

The 61-year-old Nigerian billionaire, is a huge Arsenal fan and wants to one day own the London club.

The Gunners are currently owned by the unpopular Stan Kroenke (70% share) and Alisher Usmanov (30% share), and while both men are not keen to sell their stake in the club, Dangote believes that he can tempt the two businessmen into a sale.

"If they get the right offer, I'm sure they would walk away," he told Bloomberg.

"Someone will give them an offer that will make them seriously consider walking away.

"And when we finish the refinery (the Dangote Group are set to build the world's largest refinery), I think we will be in a position to do that."