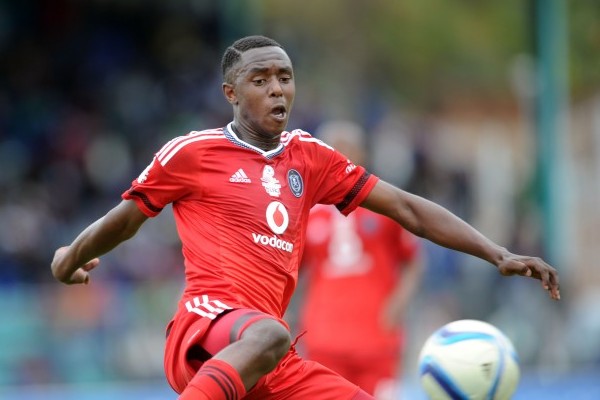 The baby mama, who cannot be named for legal reasons, has accused Mtshali of failing to pay maintenance for his one-year-old son he allegedly fathered in a one-night stand with her. The defender, is accused of neglecting his son since March.

The girl, who says she was never a one-night stand, says she and Mtshali had been dating since she was 15, but the relationship soured when she fell pregnant.

Now in grade 11, the girl said she met the defender in 2015 via WhatsApp after her friend shared his numbers with her. When Sunday World visited her in Lawley extention 2, near Ennerdale, Joburg, she had just returned from school and was playing with her son.

The poverty-stricken family told the paper how hard it had been to take care of the baby's needs.Her grandmother is unemployed and the child survives on a diet of tea and mabele (sorghum) soft porridge. The baby mama said Lehlohonolo's family only accepted the child after they were requested to go to KwaZulu-Natal for the Mtshali elders to confirm the child was Lehlohonolo's.

"When we got to KZN, the elders … told us we had no reason to travel such a distance because everyone can see that the baby is their grandson." She said the defender stopped supporting the baby in March after his family's demand for DNA tests.

But the mother of the 23-year-old midfielder rubbished all the claims made by the defender's 18-year-old baby mama that the star was not taking care of his son.

Dimakatso Mtshali spoke to Sunday World at her house in also in Lawley, Extention 2.

"Why did she go to the papers? Is it because my son is now a [professional] soccer player? " Mtshali asked. The mother said the baby mama and her son were not even dating, alleging she became pregnant after a one-night stand. She further alleged the girl had another boyfriend and that was why her son was reluctant to accept the child.

"They never reported the pregnancy, they only came to us after the baby was born and was three weeks old. I accepted the baby. I convinced my son to accept the child because I saw him (baby) that he had my children's resemblance. I never denied the child."

The mother said the defender used to buy R2,000 worth of groceries every month, but had stopped since he had not been getting a salary for the past five months. She claimed the star had unresolved issues at the club. She said the family could do little to help support the child because the girl's family refused to give them access to the child.

Mtshali said her son could not answer media questions as he was stressed about issues he has at his club. When asked to clarify if Lehlohonolo was still with the club, Pirates spokesperson Floyd Mbele added a stranger twist to the drama, asking the paper to ask the PSL for comment.

Her family has dismissed Mtshali's claims.