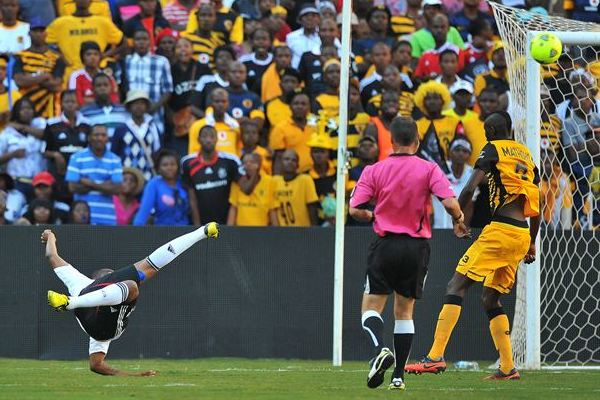 Star duo Khama Billiat and Leonardo Castro were included in the Chiefs line-up, while Marshall Munetsi replaced Marcelo in the Pirates defence. Orlando Pirates claimed the bragging rights in the Soweto Derby after defeating Kaizer Chiefs 2-1 in the Absa Premiership on Saturday afternoon.

Billiat’s impact was felt early on as he grabbed the lead for the Glamour Boys in the 15th minute with a tap-in after Bucs goalkeeper, Siyabonga Mpontshane failed to clear a cross from the left.

Pirates were the stronger side in the first half and they were awarded a penalty in the 26th minute after Augustine Mulenga appeared to have been brought down inside the box, but Justin Shonga could not capitalise as his spot-kick was saved by Chiefs shot-stopper Itumeleng Khune.

However, Innocent Maela made up for Shonga’s miss in the 29th minute as he brought Bucs level with a header inside the box following a corner, 1-1.

Vincent Pule then gave Milutin Sredojevic’s charges the lead in the 33rd minute with a simple finish into a gaping net after some superb inter-passing in the build-up.

The Buccaneers were in control in the remaining stages of the half, as Chiefs found it tough to control Mulenga, Pule and Shonga.

Leonardo Castro had a wonderful opportunity to level matters for Chiefs two minutes into the second stanza after going through on the right side of the box but he fired a low shot straight at Mpontshane.

Shonga should have sealed the win for Bucs on the hour-mark latching onto a loose ball inside the box after Khune and Ramahlwe Mphahlele clashed, but the Zambian struck over the bar with the net gaping.

Billiat came close to equalising for Chiefs 13 minutes before time with a chipped effort from inside the left side of the box that almost sneaked at the far post, but his effort sailed inches wide.
The match was still on the edge in the closing minutes, but Amakhosi could not find the equaliser as they crashed to yet another defeat against their nemesis Pirates.
The win sees Pirates move to within a point of league leaders Bidvest Wits.

Here’s how they lined up: 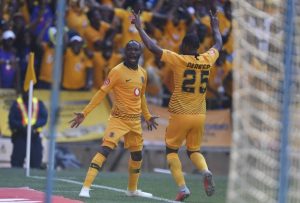