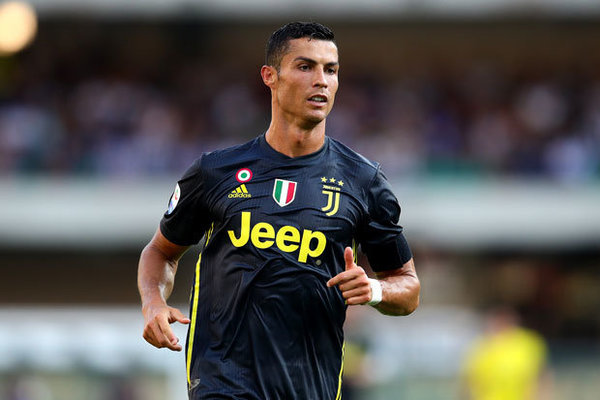 Ronaldo‘s fifth Serie A goal for Juve was added to his 84 Premier League strikes for Manchester United and 311 in La Liga for Real Madrid. Cristiano Ronaldo became the first player to score 400 goals in Europe’s top five leagues as Juventus dropped points for the first time this season.

He tapped in after Joao Cancelo’s shot was blocked – having earlier hit the post with a header. But Daniel Bessa equalised with a header from Christian Kouame’s cross. Juventus defenders switched off for the goal, expecting the ball to drop for a corner – but Kouame kept it in and found an unmarked Bessa.

The hosts dominated most of the game, but of their 21 shots, only three were on target – all from Ronaldo, who had 11 efforts in total, in the first half. Krzysztof Piatek’s run of scoring in every game for Genoa since his summer move from Cracovia came to an end. The 23-year-old Poland striker had scored 13 goals in his first eight games.

Ronaldo’s landmark puts him 11 goals above the second top scorer in Europe’s main leagues, Lionel Messi – who has scored 389 La Liga goals for Barcelona. Champions Juve had won their opening eight Serie A games and two Champions League fixtures. They are seven points above second-placed Napoli – who visit Udinese at 19:30 BST.

On Tuesday, they visit Manchester United in the Champions League (20:00 BST).