Home Sports Woman got paid £10 million for having unprotected sex with Cristiano Ronaldo... 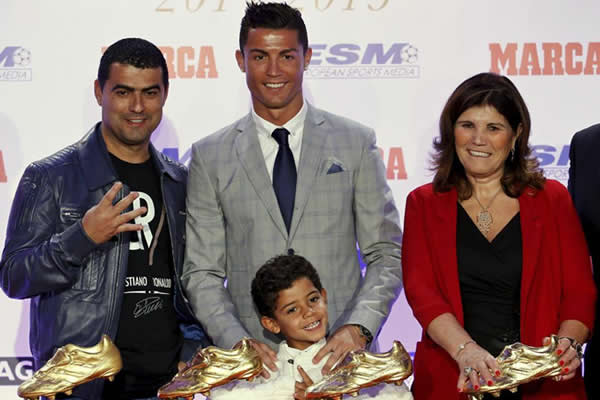 CRISTIANO RONALDO is a five-time Ballon d'Or winner and one of the world's most recognisable sports superstars.

Officially the world's most marketable player, the striker – who has joined Juventus from Real Madrid for £88m – is also a proud father.

His first son, Cristiano Ronaldo Jr, 7, lives with the striker and grandmother Dolores in Madrid.

He was immediately taken back to Madrid by Dolores to start his life in Spain with his father.

And the Portugal captain announced in June 2017 that he had fathered twins via a surrogate mother in the United States.

Ronaldo remained with the national team during their Confederations Cup campaign, only announcing the birth of Eva and Matteo after Portugal's penalty shootout loss to Chile.

Ronaldo confirmed in an interview on July 18, 2017, that he and Spanish girlfriend Georgina Rodriguez were expecting their first baby together.

When asked by Spanish news outlet El Mundo whether the player was “happy” to have another child on the way, he replied: “Yes, very much.”

Ronaldo posted a picture on Instagram, writing: "Alana Martina is just born! Both Geo and Alana are doing great! We are all very happy!'"

WHO IS CRISTIANO JR’S MOTHER?

The identity of Cristiano Junior's mother is unknown, but Ronaldo Senior has full custody of his son with reports suggesting that his mother was paid £10million.

Ronaldo told chat show host Jonathan Ross: "People speculate I was with this girl or another, or there was a surrogate mother. I have never told anyone and never will.

WHO IS GEORGINA RODRIGUEZ?

Georgina is the mother of Ronaldo's fourth child Alana.

Georgina has worked as a waitress and au pair.