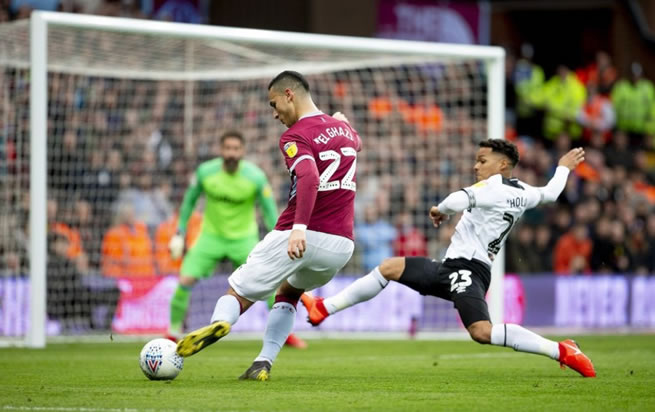 Europe is in love. Yes, in love with the hottest Serbian football property in the world at the moment: Dusan Vlahovic. The biggest European football sides have been ogling the Fiorentina forward, with fantastic odds from elite bookmakers on liontips.co.za on which club would land him in the coming winter or summer transfer window.

Of course, Dusan Vlahovic deserves the European frenzy. He has an intimidating goal output of 18 goals in just 21 games. Therefore, it is unsurprising why bettors on liontips.com regularly bet on him to score when Fiorentina plays.

Top sides including Tottenham, Arsenal, Man City, and Juventus are jostling for the Serbian's signature. At just 21 years, Dusan Vlahovic has been performing magic consistently in Florence.

What do the numbers say of Vlahovic?

There is so much to fall in love with Vlahovic for. First is his spectacular goal-scoring capacity. So far this season, he commands an exciting Expected Goals (xG) tally of 18.5 with an awe-inspiring shot conversion rate of 50. This easily betters some of Europe's best frontmen.

Vlahovic is not scared of a fight

Well, goals are not all Vlahovic has on his menu to serve you. At Fiorentina, he has been deployed (to excellent results) as a lone target upfront. Standing at a towering 190cm, Vlahovic drools for the aerial duels.

His penchant for flick-ons and hold-up play allows the team a breather when building quickly from the back, allowing the forward to connect around him.

And if you thought Vlahovic doesn't have the stomach for duels, you couldn't be more mistaken. The Serbian is not unwilling to go in for a challenge when necessary.

His combative stats are impressive for an attacker. In the 2021/22 season, he has emerged victorious in 34 aerial duels, recording 11 successful tackles. More interestingly, he has achieved 10 successful blocks.

Yes, he is a big guy – but a slow guy, NO. It is incredible how a six-foot-three-inches guy like Vlahovic manages the pace and vibrant he hoards. Exquisitely furnished with pace and nimble feet, this guy can give any top defender a run for his money any day, anytime.

Vlahovic ready for the next step up?

And suppose he happens to play for a top European side with a superior attacking supply line (that would consistently feed him the balls) than Fiorentina. In that case, Vlahovic could be scoring goals gleefully for lunch!

Yes, he is raw, but he is just 21, isn't he? He has massive potential for improving, provided he has the proper schooling and environment to bring the best out of him.

And yes, European sides are sniffing him eagerly. Arsenal, Man City, and Tottenham appear to be leading the race at the moment.

Man City – having been starved of an all-out number nine (since Aguero's exit) – desperately aim to plug their central striker role. Dusan Vlahovic couldn't be a better fit.

Decked with elite midfielders and creators like Kevin De Bruyne and Bernado Silva, neutral football lovers all over the world can rightfully look forward to a goal feast at the Etihad next season.

Guardiola has done so little to hide his infatuation with Vlahovic. Vlahovic, on the other hand, can enjoy enormous transformation when he can enjoy the guidance of a coach, like Guardiola, from close quarters.

Arsenal wouldn't let Guardiola have his meal (Vlahovic) without a fight. The future of Pierre Aubameyang is looking increasingly uncertain. A barrage of disciplinary breaches has seen him finally ostracized from the main team.

Moreover, Lacazette doesn't look like the most formidable replacement, especially with his contract fast drawing to an end. Dusan Vlahovic looks like a special Serbian parcel from heaven to Mikel Arteta.

Fiorentina wouldn't gift Vlahovic to anyone

Of course, Vlahovic will not come cheap – at least not a commodity the whole of Europe is dying for.

If this is correct, only the big boys with bottomless pockets can afford such exotic property, especially with many clubs yet reeling from the economic pangs of the COVID-19 pandemic.

Aside from the wage demands, Fiorentina will surely make a killing out of their frontman's exit.

The Italian side has not been starved of ambition so far. They have made substantial efforts to keep their attacker.

Fueled by Vlahovic's judicious stream of goals, Fiorentina are deservedly eyeing European spots and consolidating their resurgence in the top echelons of football.

Consequently, Fiorentina executives don't want their romance with the Serbian frontman to enjoy so soon.

The club executives put some lovely contract offers on the table for Vlahovic. But the attacker has been too far seduced by the lure of playing for the biggest European heavyweights.

According to Joe Barone, the club's chief executive:

'We've offered Vlahovic the highest contract ever in the history of Fiorentina, several times. Both Dusan and his agent made us realize that they do not want to accept. Our bid is still on the table.'

Yes, Vlahovic looks to be packing his suitcase to leave Florence. But who would land the big Serbian fish? Arsenal, Man City, or Tottenham?