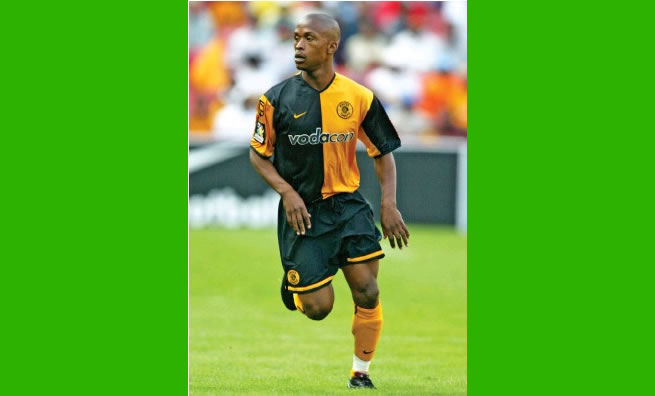 Former Kaizer Chiefs player Lucky Maselesele met his gruesome death after he was smashed with bricks and stones by irate Alexandra community members, who also set a pack of pitbulls on him.

This after they allegedly accused the former striker of stealing power cables.

Maselesele’s murder, which has sent shockwaves across Gauteng’s oldest township, occurred on Wednesday night at Tsutsumani section next to Alexandra Mall. According to a police statement,  community members attacked the former Bafana Bafana footie and bashed him with bricks and stones until he collapsed.

Maselesele apparently regained consciousness and tried to get away, but keeled over next to a filling station, where he pleaded for help.

It is alleged his assailants later returned with a pack of pitbulls and again hit him with bricks. The dogs mauled the 41-yearold father of one to death.

Maselesele was discovered in the early hours of Thursday morning by a Samaritan, who called the police and emergency personnel. He was pronounced dead on the scene.

An eyewitness told the police where Maselesele’s attackers had disappeared to, and the cops immediately arrested them.

“Then the state asked them, and they agreed that they assaulted a person and also setting dogs on him [sic],” reads the statement.

His family and friends said they were shocked about the savage manner in which he was killed.  His cousin and namesake Lucky Maselesele said the football icon had left his home at about 10pm on Wednesday night after telling them he was feeling hot and was going out to take a walk to cool off.

“We were told yesterday that he was attacked by four people almost a kilometre from his home. He was hit with tons of bricks, and he managed to escape, but his attackers fetched pit bulls to chase him,” he said.

“After the dogs had caught up with him, the attackers also got to him and continued to stone him and he died at the scene. He was found at the circle near Alex Mall.

“What is sad is that his mother

passed on three weeks ago and he was still depressed at the time of his death. It is heart breaking to know that my cousin was brutally killed in such a manner,” he said.

Maselesele dismissed as nonsense allegations that he was killed because he was a cable thief. “He was running his own shop where he was selling watches and sneakers. Did they find him with the cables? The answer is ‘no’ because Lucky could not even change a bulb in the house, so where did he learn the skills to rip out the cables?,” he said.

“My son was killed like a dog, and I still don’t believe that he is gone,” said the aunt.

“I am hurt by how he was murdered. They hit him with dozens of bricks and set dogs on him, truly that was cruelty. We went to the scene where he was murdered and there was blood all over the place. We took those bloodied bricks and brought them home,” she said, adding that they would return to the scene to wash off his blood and perform rituals.

Maselesele’s sister, Lolo Maselesele, said that the family has many questions about what happened to her brother. “Those who killed Lucky should be punished harder. He was a loving person who loved to cook and used to clean the house,” Lolo said.

“He was not used to walking at night, and it was shocking

Former chiefs teammate and friend Gavin Mxolisi Silango could not hold back his tears. “I last met him during the day at 12.30pm without knowing it would be for the last time. He was gruesomely murdered on the same fateful night, and I am completely shattered. Lucky was not a criminal,” Silango said.