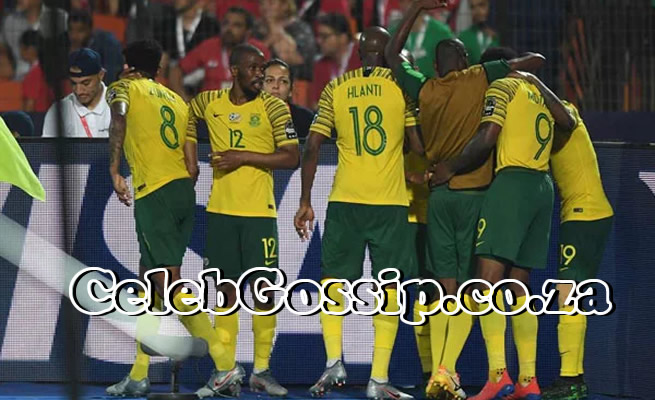 Safa is ready to step in and host the Fifa Club World Cup in December.

This after Japan pulled out of hosting the prestigious global tournament due to concerns about the spread of Covid-19 in the Asian country.

South Africa is one of three countries that have been approached by the club competition organisers to consider hosting the cross-continental tournament.

Safa president Danny Jordaan revealed on Friday that the national football governing body was definitely interested in staging the event.

According to Jordaan, Egypt and Qatar are also in contention.

But he said he would get more details from Fifa’s secretary-general, Fatma Samoura, during his visit to Nigeria next week.

If South Africa was to host the Club World Cup, it would open the door for Mamelodi Sundowns to take part in the seven-team competition by virtue of being local champions.

The Club World Cup is contested by the continental champions from Africa, Europe, Asia, North and South America, as well as Oceania, along with the host nation’s national champions.

European champions Chelsea have already qualified, alongside Pitso Mosimane’s Al Ahly of Egypt and New Zealand champions Auckland City. The remainder of the qualification slots are yet to be determined.

If Egypt were to get the nod to host the tournament, this would allow Kaizer Chiefs to feature in the event by virtue of being the CAF Champions League runners-up.

Chiefs lost 3-0 to Al Ahly in the final of the premier continental club competition in July.

“I will have a meeting with the Fifa secretary-general so that I know what the whole thing [of hosting the tournament] entails. But we are always ready to host,” said Jordaan, adding:
We have proven in the past that we are capable and this is not a big deal for us.

Jordaan will meet with Samoura in Lagos at the Aisha Buhari Cup.

“Just last week we hosted Fatma during her fact-finding mission in the country. She was impressed with how we hosted the Cosafa Club Women’s Championship event in Durban [recently],” said Jordaan.

He said Samoura and her Fifa delegation were taken on a tour of Johannesburg and Cape Town, where they visited the Cape Town Stadium and the FNB Stadium.

READ: Tim Spirit | Where is Safa boss when leadership is needed?

Both stadiums were used to stage the Fifa World Cup in 2010.

Jordaan said the Safa national executive committee would meet later this month to discuss the possibility of bidding for the 2027 Women’s World Cup.

He said the move was prompted by the Fifa contingent, who hinted shortly after their visit that South Africa would have a strong chance to host should Safa decide to bid for the senior women’s football spectacle.

Proposal for return of spectators

Sports, Arts and Culture Minister Nathi Mthethwa told City Press this week that the next few weeks would determine whether the country was ready to allow fans back into the stadiums.

The department launched the Return To Play – It’s in Your Hands campaign this week.

The initiative seeks to use sports and the arts to mobilise the nation to get vaccinated against Covid-19 so that South Africa can get back to normality. Mthethwa said mega football events such as the Soweto derby could be used to entice the nation to inoculate.

This in turn would help the country reach herd immunity and, ultimately, open up again.

Already, Safa is bidding to have spectators at Bafana Bafana’s home match against Ethiopia next month.

However, should government approve the move, this will be on condition that fans have been vaccinated against Covid-19.

Mthethwa explained:
We have emphasised the point that let’s ramp up the vaccination, because we have the Soweto derby in our minds.

“We are putting that on the table with the national coronavirus command council already,” Mthethwa explained.

“The next few weeks will be important because it will tell us whether we are going forward or not. But everything is dependent on the vaccine.”

Jordaan also confirmed that Safa had a pending meeting with Mthethwa and the health department to discuss whether fans should be allowed to attend Bafana’s World Cup qualifier against Ethiopia at FNB Stadium.

“It’s just a proposal and, in this case, it’s not just Safa that can decide,” said Jordaan.

“But we need the support of the fans because, if the idea goes off successfully, it will boost [local] sports in general in terms of more spectators being allowed back [into the stadiums].”

CAF allows match attendances for its national teams and interclub competitions, but only when the continental governing body gets approval from the host association’s government.

It has been more than 18 months since sporting events and mass crowd activities in the arts sector were banned due to the Covid-19 pandemic.