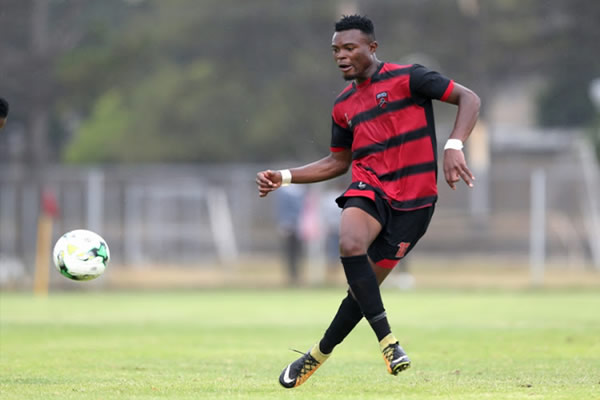 Ubuntu Cape Town FC striker, Ranga Chivaviro, on Tuesday penned a deal with PSL outfit Baroka Football Club. The striker, who was on course for last season's golden boot award until his injury mid-season took him out of action, has made the move with immediate effect.

Chivaviro was an integral part of Ubuntu’s first NFD campaign, and his goals early in the season contributed to the club avoiding the drop on the final day. Although the 25-year old missed the last two months of the season with an ankle sprain, he still managed to end off with 13 goals; and his league tally of 11 was just four shy of the coveted NFD Golden Boot award.

“I’m really excited for Ranga’s move,” said Ubuntu Cape Town FC coach, Casey Prince. “Ranga was a big part of our success last year and we’re thankful for his efforts. Ranga was interested in improving and growing his game so that he could go to the next level."

Baroka also announced the signings of forwards Emmanuel Letlotlo‚ on loan from Kaizer Chiefs‚ and David Zulu last week as they continue a complete overhaul of their squad under new coach Wedson Nyirenda.

In other news, the Premier Soccer League Disciplinary Committee on Tuesday found both Black Leopards FC and Jomo Cosmos FC guilty on charges of misconduct. Black Leopards FC were charged with failure to provide adequate security during the National First Division play-off match against Jomo Cosmos FC. The clubs were fined R150 000 – suspended for 24 months. They were also ordered to pay costs of the sitting amounting to R33 000.

In a second matter, Jomo Cosmos FC were also found guilty of contravening the Sport and Recreational Events Safety Act after it allowed supporters to enter the stadium without tickets during their Promotion Play-off match against Black Leopards FC on May 20. Jomo Cosmos FC have been fined R125 000 – suspended for 24 months