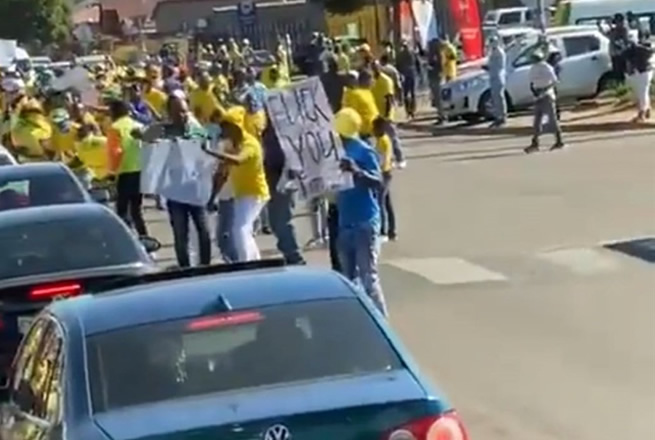 He specifically direct his criticism to top officials within the Sundowns headquarters in Chloorkop.

Though he refused to mention names, but Mosimane was angry following the insults coming from Sundowns fans on Saturday following their 1-1 draw against the Brazilians, which the South Africans lost 3-1 on aggregate in their Caf Champions League quarter-final, second leg at Atteridgeville's Lucas Moripe Stadium.

Fans held placards that criticised and personal threw insults at Mosimane while others inside the stadium shouted "F%$# you Pitso" at the Red Devils coach, while match was underway.

"I am a little bit emotional when I saw the placards outside," said Mosimane with teary eyes.

"They stopped the (Al Ahly team) bus with all these people swearing at me, swearing at my mother, and all those kind of nasty words. I said to myself, 'what else must I have done for this team to get the respect?'

"I had to move on with my life. There's more… I don't want to talk.

"The things that I've received before our match from South Africa, I can show you my phone, I can show my things.

"The correspondence I've received, email I've received. They just don't let me go."And those emails are not from supporters, they come from the main office (Sundowns in Chloorkop). And there's only one person who can allow that, for these emails to come. I received emails from lawyers, how I left, why I left."But that I'll save it for my book, I'll write a book. In fact, I have the book… I've just kept it and told myself that, you know… let bygones be bygones, like at Safa, I've moved on.

"But they are behind me, they won't leave me. I thought I have left behind a very good team for the coaches to inherit a better team, the best ever that I ever had. I thought I left in peace, I shook hands, but since I'm in Egypt, I'm not at peace. I didn't want to talk, but now that the situations are like this, it's fine…"

He passionately pleaded with the official from Downs' high office to "let me go, let me go, please! It's not right".