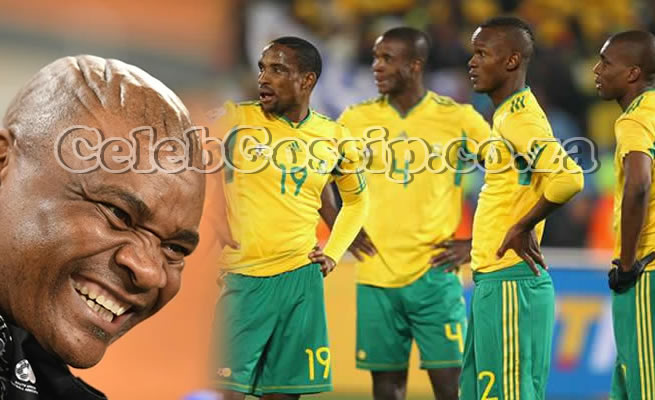 Just a couple of weeks after agreeing to part ways with the South African Football Association, Molefi Ntseki is back as Bafana Bafana assistant coach to the new man in charge, Belgian Hugo Broos.

Broos confirmed this in an interview with SAFM on Friday evening.


“I asked Safa about a second assistant coach,” said Broos, who has already named Macedonia-born Belgian Cedomir Janevski as his other assistant.

“And they asked me ‘what do you think about him (Molefi Ntseki) and I said if he is fine with being second again then I have no problems and I met with him and he’s a good football person.

“I can tell that he’s … a good coach. He knows everything about the players and their backgrounds.”

"My local assistant coach is the former Bafana Coach, Molefi Ntseki. I have met with him twice already and the man is an encyclopedia, he knows all the players here and he's happy to be assistant again. That's good to me, cos I asked him " – Hugo Broos on #SAFMSportOn @SAfmRadio pic.twitter.com/heAtUXa16X

Ntseki was Stuart Baxter’s assistant coach at the 2019 Africa Cup of Nations and took over as head coach when Baxter departed after reaching the quarterfinals, where Bafana were beaten by Nigeria.

The former South African Under-20 head coach, however, was sacked at the end of March after failing to guide Bafana to next year’s Africa Cup of Nations in Cameroon.

There were still some contractual issues to iron out, however, and Safa only announced on May 6, just after they had named Broos as their new head coach, that Ntseki and the association had agreed to go their separate ways.

Now, however, it seems Ntseki is back as part of the team that will attempt to qualify Bafana for the 2022 Fifa World Cup, with the qualifiers starting in September.