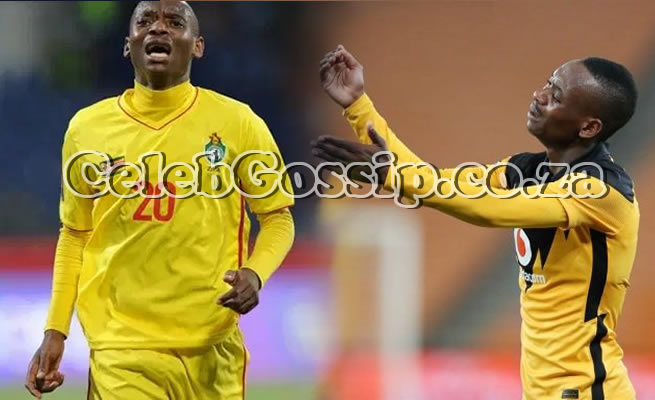 Kaizer Chiefs might part ways with Khama Billiat to avoid losing him on a fee, with a famous ex-Amakhosi midfielder agreeing he should go.

Despite their DStv Premiership season being only left with four matches, Amakhosi have still not extended the Zimbabwean international's contract.

Since arriving at the Soweto giants in 2018, Billiat has failed to repeat the great form that saw him become a household name both at Mamelodi Sundowns and Ajax Cape Town.

Injuries also have not been helping during the talented forward's stay with the Glamour Boys.

This season alone the fan-favourite has only managed to score twice and has six assists in 11 appearances.

The player's contract is now only left with an option, which up until now Chiefs have not triggered.

Former Chiefs and Bafana Bafana midfielder Linda 'Mercedes Benz' Buthelezi believes it is about time the club accepts the relationship between them and Billiat is not working.

"Hey, Billiat must go my brother, he is doing nothing for us," Buthelezi tells KickOff.com.

"I'm a Chiefs person mina, he must go. I don't think Chiefs signed him because they wanted to invest in him in a sense of selling him overseas. If that was the case we would have seen it by now.

"We can see from far that we invested in him so that he would score goals for us. That didn't happen. So he must just go… the option they have on him means nothing my brother. An option is not an agreement, it's a recommendation. It means nothing.

"I don't think he will be signed for another season because he gave us nothing ever since he arrived. It's not like he will be missed. What we need are good defenders and also someone who will score goals for us.

"It's not like we don't have such players in this country. If you can go to Baroka, they play good football, they have talented boys there, even Black Leopards have good players there. You can sign a few of them here and they will be very serious once they get here.

"You can say they are leaking goals and they are in the relegation zone but even [Jomo] Cosmos had good players but they were relegated. You don't only invest by paying someone, it also depends on the returns. We don't have Billiat's returns thina.

"So he must leave so that we can promote a few youngsters. The coach must be allowed to sign three or four players of his choice, and add another three from development."