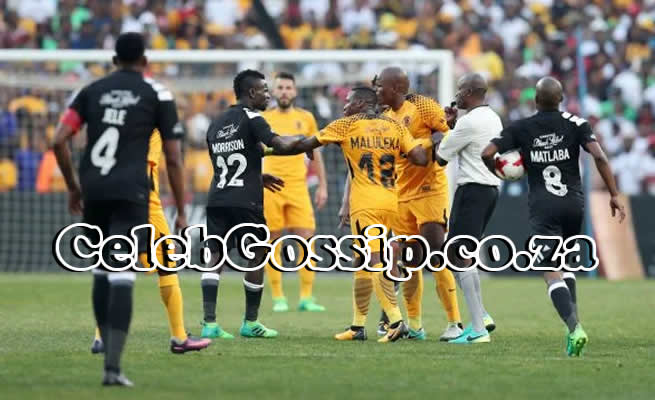 Kenya captain Victor Wanyama has sensationally suggested he would be open to a stint in the PSL with one of the big three.

“Maybe in the future one day I would love to have that experience [of playing in Africa], I like all the top teams in South Africa, Kaizer Chiefs, Orlando Pirates and of course Mamelodi Sundowns,” Wanyama said in the latest Kick Off Magazine.

“I supported them when I was young watching Surprise Moriri and all of those guys, it was nice to watch how they play.


“I would say I do support them now because my Kenyan companion [Brian] Onyango is there and my friend, the Uganda goalkeeper Denis Onyango, that’s why I always watch their games and support them fully.

“These teams I have mentioned [I would play for], Kaizer Chiefs, Mamelodi Sundowns, Orlando Pirates – they play really nice football to watch.”

Thembinkosi Lorch is rumoured to want out of his Orlando Pirates contract and could depart the club at the end of the season.

Former Pirates midfielder Hleza Mofedi has suggested he has the look of a wantaway player.

According to Soccer Laduma, Mofedi said: “The way I see it, the boy is unsettled, and it looks like he wants to leave the club. If he wants to leave, he should follow the right procedure because he has a contract with Pirates. At the end of the day, whether Lorch is there or not Pirates will continue to exist. Lorch is not Pirates. I am encouraging the boy to continue playing, and knowing the chairman, he will allow him to leave for greener pastures at some point. The chairman allowed big-name players like (Teko) Modise and (Oupa) Manyisa to leave. He gave them his blessing.”

Former Mamelodi Sundowns midfielder Keagan Dolly could return to the PSL next season as his contract with Ligue 1 outfit Montpellier expires.

Dolly is in his final month of his contract but a change of head coach might see him handed a lifeline.

The Bafana Bafana star has been linked with a return to Chloorkop where he would get more game-time and keep himself in the frame for international call-ups.

AMAZULU WANT HALF A DOZEN PLAYERS FOR CHAMPIONS LEAGUE TILT

McCarthy did not indicate any targets or suggest which areas of his squad needed strengthening but the club could rival the likes of Orlando Pirates, Kaizer Chiefs, Mamelodi Sundowns in the next window.