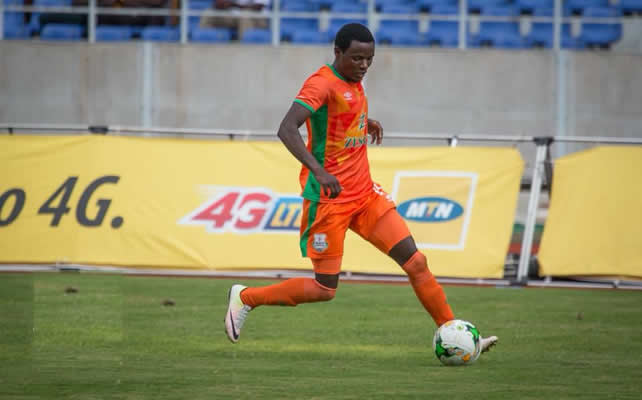 Orlando Pirates are reportedly interested in signing another Zambian striker, Lazarous Kambole from Zesco United in the current transfer window.

The Zesco United player was in action for his country during the 2018 COSAFA Cup tournament in South Africa which took place last month.

According to the Lusaka Times website, the Buccaneers have been tracking Kambole for quite some time, having met with officials from his club in February with a view to bringing him to Mayfair.

Kambole increased his chances of moving to the South African Premier Soccer League after scoring a brace in Chipolopolo’s COSAFA Cup 4-2 final loss to Zimbabwe at the New Peter Mokaba Stadium on Saturday.

According to a source, Bucs official Floyd Mbele was in attendance at the regional showpiece in Polokwane last month.

“There was a discussion between the club [Zesco] and Orlando Pirates in February after the CHAN tournament regarding the player,” said the informant.

“There has never been any update since then. I believe Floyd Mbele was in Polokwane but I am not sure if it was regarding the deal with Kambole.”

Pirates, who currently have Zambian attackers in Justin Shonga and Augustine Mulenga on their books, are expected to keep chasing for Kambole’s signature.