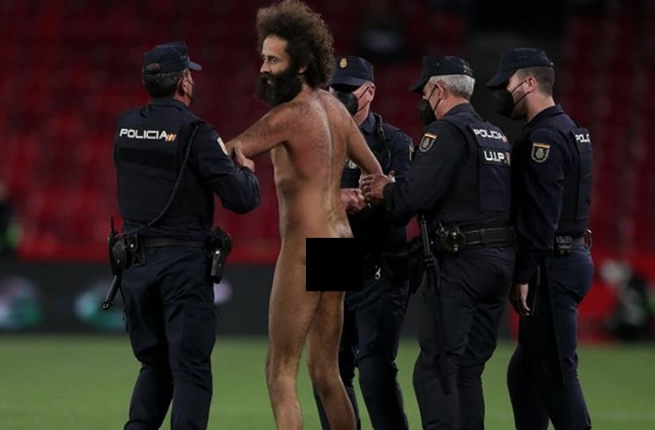 On Thursday night a naked man invaded the pitch during Europa League clash between Granada and Manchester United.

The match was played behind closed doors, however, with just minutes on the clock, a streaker evaded security and ran on the pitch.

The match was briefly stopped as the man, sporting a full head of hair and beard, spread his arms out as he ran across the field completely butt naked in a bizarre moment.

Get in!! Been years since a streaker got on a pitch 🤣 pic.twitter.com/8Q8MuyUsaO

Even with no fans, a streaker has managed to storm onto the pitch during Granada vs Man United 😂

Got to love the Europa League 🤣 pic.twitter.com/B97axWX8pm