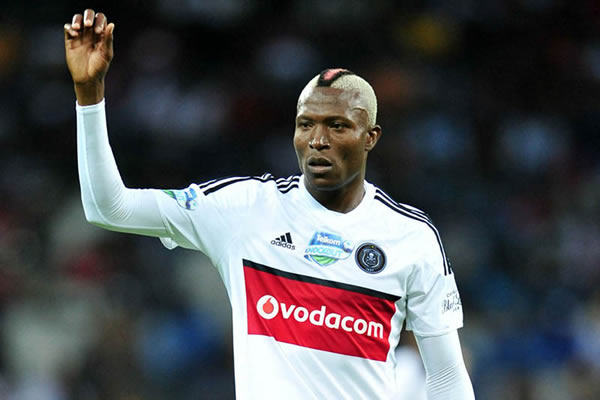 Ajax Cape Town CEO Ari Efstathiou says he is "very pleased" with the ruling regarding the Tendai Ndoro eligibility matter.

Judge Denis Fisher ruled in favour of the Urban Warriors regarding the ongoing Ndoro saga.

The previous ruling of SAFA Arbitrator William Mokhari has been rescinded with the matter handed over to the FIFA Player Status Committee.

The outcome means that the Urban Warriors will be reinstated into 15th place on the Absa Premiership log standings for the 2017/18 season.

“The club will make further comment once full clarity on Judge Fisher’s judgement is received from its legal team.”

The Urban Warriors were docked seven points for fielding Ndoro after the Zimbabwe international represented three different teams in one season.

Prior to his move to Al-Faisaly FC, where he played in the Saudi Professional League, the Ndoro represented Orlando Pirates.

The Zimbabwean then featured seven times in the Premiership for Ajax after returning to South Africa.

The judge also ruled that the recently completed PSL promotion and relegation playoffs, which involved Platinum Stars, Jomo Cosmos and Black Leopards, were null and void.

Lidoda Duvha won the mini-tournament and it now appears their PSL status could be in doubt.

Fisher added that the eligibility of Ndoro is yet to be determined and therefore the case has been referred to the FIFA Players' Status Committee.

It means the points that were awarded to Platinum Stars‚ SuperSport United and Polokwane City are returned to Ajax‚ which moves them from the bottom of the league‚ and automatic relegation‚ back to 15th position.

It also means AmaZulu are returned to the top eight‚ with SuperSport United slipping out of the top half for the first time in their history.

The only logical way forward now for the Premier Soccer League is either to replay the Promotion/Relegation Play-Offs‚ that were won by Black Leopards‚ or expand the league to 18 teams for next season‚ with four relegated at the end of the campaign.

Leopards might be next in line to mount a court challenge if there is a forced replay of the play-offs‚ which could yet delay the start of the new Absa Premiership season‚ which is set down for the August 3.

There are rumours from sources within the league that the Absa Premiership might be expanded to 18 teams which would see Ajax and Platinum Stars remain in the top-flight, and be joined by the newly-promoted Black Leopards and NFD champions, Highlands Park.