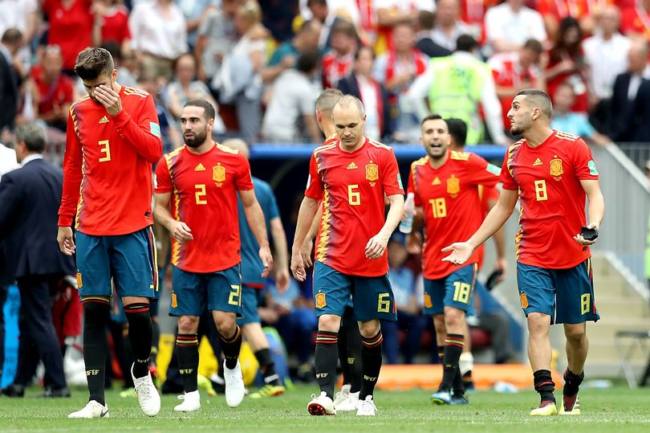 Russia have knocked Spain out of World Cup 2018, with the host country showing impressive skill during the game.

Despite an own goal by Sergei Ignashevich, Russia still managed to hold their own against Spain; displaying excellent defence and determination, eventually winning 4-3 through penalties.

Spain was ranked number 10 in the FIFA World Rankings, while Russia was ranked just number 70, making this a real David and Goliath game.

Russia is now set to enter the quarter-finals for first time since the fall of the Soviet Union.

The match kicked off at 15:00 at the Luzhniki Stadium. Andres Iniesta did not start for Spain, with Fernando Hierro having made changes.

There was initially disappointment in the 12th minute when Ignashevish challenged Sergio Ramos, resulting in the ball ricocheting off his leg and straight into the net at close range.

This blow made Russia the second team to ever score two own goals during a single World Cup. Bulgaria suffered the same embarrassment back in 1966.

32-year-old Ramos – who was playing his 17th World Cup match – could be seen jumping to his feet, wheeling off as he celebrated the accidental victory with his teammates. However, Ramos’ crowing was short lived.

Scenes of pure ecstasy erupted in Moscow after Russia’s first goal of the match by 29-year-old Artem Dzyuba in the 42nd minute. The goal was the result of a penalty shot, awarded after Dzyuba’s goal attempt was blocked by Gerard Pique’s arm.

Spanish goalkeeper David de Gea’s dived the wrong way as Dzyuba landed the goal in the right side of the net.

This was Dzyuba’s third goal during this competition, and tied him with Denis Cheryshev for the team lead. The cheers in the stadium have been described as ‘deafening.’

This also marked the second time two Russians have scored three goals during the same World Cup. The first was back in 1966, with Valeriy Porkuyan (4) and Eduard Malofeyev (3).

At the end of regulation time, the score was 1-1. As the game entered the extra thirty minutes, Spain appeared to pick up the pace after what was initially a slow match on their side, putting pressure on Russian defenders.

For the very first time in the World Cup, both teams were allowed to bring on a fourth substitute.

After the game went to penalties, things became tense.