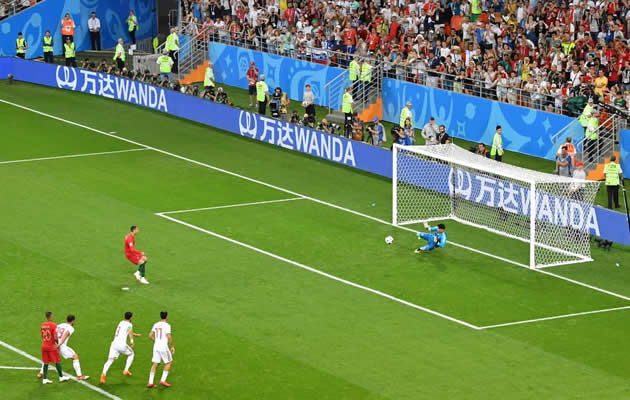 Manchester United have been handed a boost in any potential deal for Cristiano Ronaldo, according to reports.

Spanish outlet OK Diario suggest the Portuguese star is set to see his release clause dramatically cut, which could allow him to leave the club this summer.

Ronaldo, 33, hinted that he may leave the club after the UEFA Champions League final victory over Liverpool last month.

However, since the turbulent sequence of events of Zinedine Zidane's exit, Julen Lopetegui's arrival and the start of the 2018 FIFA World Cup – the rumours have died down somewhat.

But in a dramatic turn of events, it's now surfaced that Real have decided to make the five-time Ballon d'Or winner available for €120m, with Manchester United, Chelsea and Paris Saint-Germain said to be front-runners for his signature.

'OK Daily' reported that his agent Jorge Mendes contracted several Premier League sides' over his availability for the new cut-price, while his expected salary will be around €40m (R641) per year.

Coincidentally, this move comes shortly after Cristiano Ronaldo missed a penalty for Portugal and was shown a yellow card after a lengthy VAR review for a possible red card while playing against Iran in a World Cup Group B match against Iran.

Cristiano Ronaldo was given a spot kick in Portugal's Group B finale with Iran, which broke the record as the 19th penalty of the finals. The Portugal No.7 saw his penalty saved by Iran goalkeeper Ali Beiranvand, who leapt left to deny Ronaldo his fifth goal of Russia 2018.

Meanwhile, any transfer for Ronaldo would still represent a Premier League record fee, however it would also represent a relative bargain in the modern transfer market.

However, there are a couple of small caveats in the reported new deal, with specific clauses reportedly ruling out moves to Spanish clubs and to Paris Saint-Germain.

United continue to be linked with a reunion with the Portugal international, however the report suggests there is already early interest from Man City, AC Milan, Chelsea and Arsenal.

Diario Record further stated that Ronaldo's decision to leave is 'irreversible' and it's up to Los Blancos to now find potential suitors.