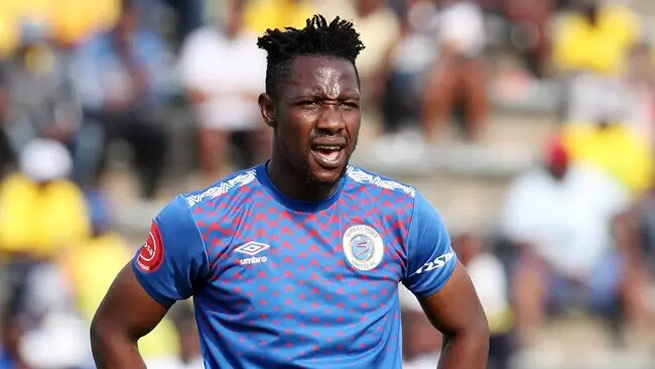 Rusike has hardly impressed at SuperSport since joining the club as a hot property from Maritzburg United in January 2018. At the time, Rusike was seen as a perfect replacement for Jeremy Brockie, who’d abandoned Matsatsantsa for crosstown rivals Mamelodi Sundowns.

To be fair on him, spate of knee and groin injuries have also blighted the Zimbabwean international’s progress at Matsatsantsa.

Another factor that has seen Rusike struggle at SuperSport is that he’s usually used as a winger, instead of his primary centreforward role, where Bradley Grobler and Thamsanqa Gabuza have been excelling, making it hard for coach Kaitano Tembo to opt for Rusike.

Even so, Matthews wants goals and assists from the 30-yearold, warning they won’t exercise the oneyear option on his contract when it expires at the end of the current campaign.

“Evans knows his option comes up this year and for sure if Evans doesn’t bang in goals or making goals I am not going to keep him,” Matthews told Sowetan.

The SuperSport CEO is also on cloud nine to see youngsters holding their own at the club, saying the future of the club is safeguarded as the likes of Keenan Phillips, 21, Thatayaone Ditlhokwe, 22, and 20-year-old Luke Fleurs are already regulars.

“These players are being mentored by the likes of [Bongani] Khumalo, [Grant] Kekana,” Stats of Rusike’s seasons at SuperSport

2017/18: only participated in the league, starting all the 12 matches he played, with one goal and two assists