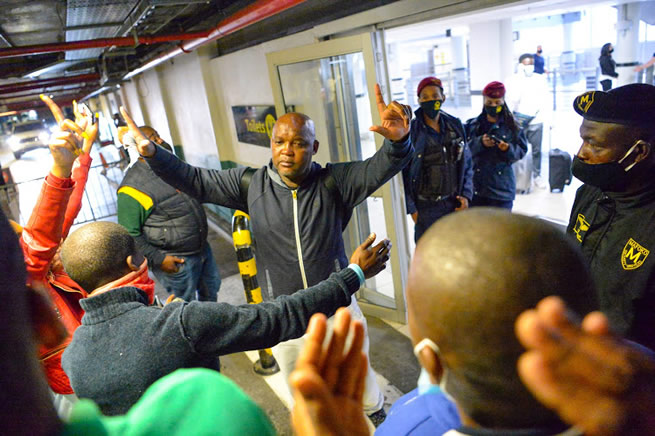 Al Ahly coach Pitso Mosimane wants to open a football school in South Africa to give back to the country that has given him so much.

Speaking to the South African Football Journalists Association, the former Mamelodi Sundowns coach expressed his wish to one day run a football school that will focus on high academic achievement and unearthing talented players.

He is also grateful that Al Ahly have allowed him to continue the schools programme in South Africa.


“My dream is to open a football school rather than owning a soccer club. I am not talking about something like the School of Excellence we used to have, I am talking about a very good academic school,” said Mosimane.

“Do you remember my schools programme? Fortunately, Al Ahly has afforded me the opportunity to continue with it. “The academic level should be so high that no parent will doubt to take their kids there – similar to the rugby schools we have in South Africa. If I can get the money, I am waiting.”

Mosimane explained that he did not harbour ambitions of owning a soccer club in the future.

“I do not have that kind of money to buy a club. I will ask Tim Sukazi how he manages. If you’re able to buy a club for R50-million, then you must have around R300-million or R500-million in your bank account. I wonder where these guys get all the money, they probably got a few things they are doing like tenders and other things,” he said.

Meanwhile, Bayern Munich coach Hansi Flick is salivating at the prospect of meeting Mosimane’s Al Ahly in the semifinals of the Fifa Club World Cup.

But Ahly will have to overcome Qatar’s Al Duhail in their first match before they can face the German giants. Under Flick’s tutelage, Bayern won the Uefa Champions League, the Bundesliga and the domestic cup tournament Flick told Fifa.com: “It’s always the case at Bayern Munich that you want to have the most successful season possible. And after the treble, you’re obviously looking at the Fifa Club World Cup.

“We’re quite simply motivated to win something else, so we’re all obviously really looking forward to the tournament.”