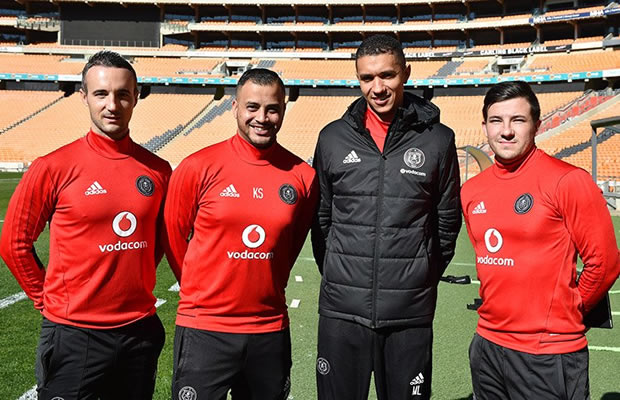 As reported by the Siya crew, the likes of Andrew Sparkes and Darian Wilken have been added to the technical team of the Soweto giants under head coach Milutin ‘Micho’ Sredojevic.

Read: Bucs Continue Preparations, Another Acquisition To The Team Confirmed

The Buccaneers confirmed the new members of their technical team on the club’s official website.

“Orlando Pirates Football Club is delighted to welcome Andrew Sparkes, Darian Wilken and Franck Plaine to the technical team. Andrew Sparkes joins the stable for the upcoming season as the Goalkeeper Coach of the senior team, while Darian Wilken will form part of the Buccaneers Football Analysis Department alongside Kyle Solomon and Michael Loftman, who both joined the club earlier in the year,” confirmed Bucs.

“Our final addition to the technical team is Franck Plaine, who will be the Head of Performance – a post recently vacated by Andre Volsteedt who left the club earlier this month.

“While we welcome these three gentlemen, we also say farewell to another. The club would like to thank goalkeeper coach Ivica Vukusic for his services and wish him all of the best in his future endeavours,” Bucs stated.

Pirates have signaled their intent to go all the way in the Absa Premiership by signing a host of exciting players.

They will also be looking to challenge in continental football after their recent absence.