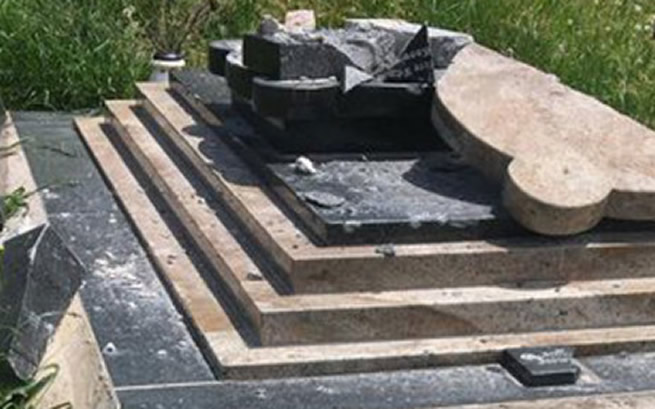 Former Bafana Bafana and Orlando Pirates captain Senzo Meyiwa’s tombstone has been vandalised, to the anguish of his family.

The tombstone, recently unveiled at Mayville Heroes’ Acre in Durban, was found destroyed on Saturday.

Family spokesperson Siyabonga Meyiwa said they were shattered and shocked by the incident.

Speaking on Saturday, Meyiwa said a Durban metro municipality employee had informed the family. “We were called by a municipal employee who told us that Senzo’s tombstone had been vandalised.

“The man said he didn’t know when it was destroyed, but he only found out this morning while working at the cemetery,” said Meyiwa.

“We are disappointed and don’t know what is happening and why would a person in his right mind vandalise a tombstone.

It is an act of crime as far as we can see. “We don’t know what motivated the person to damage Senzo’s tombstone.” 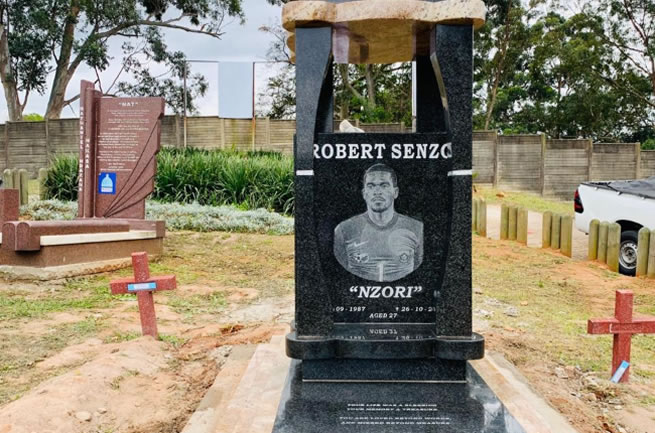 Meyiwa said Senzo’s mother, Ntombifuthi Meyiwa was unhappy, as was the entire family.

“We were also told that it was not only Senzo’s tombstone that was destroyed.

“There is another next to it that was also damaged,” said Meyiwa.

The tombstone was unveiled in November by the South African Football Association.

The footballer was shot and killed in a robbery on 26 October 2014 while visiting his musician girlfriend Kelly Khumalo at her parental home in Vosloorus.