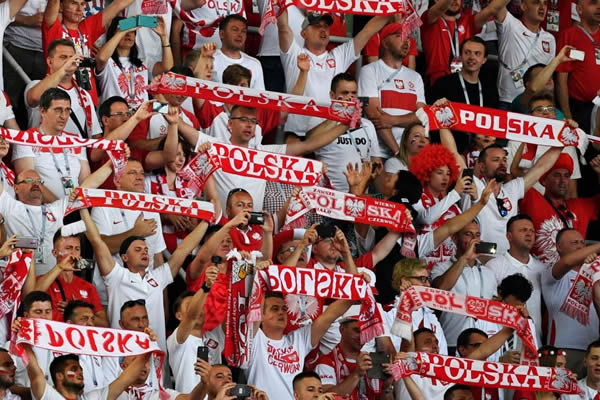 FIFA said late on Saturday it had fined the Polish Football Association 10,000 Swiss francs (R137,000 or US$10,124) for what it said was an offensive banner displayed by Polish fans during their side’s 2-1 World Cup defeat to Senegal on Tuesday.

“The FIFA Disciplinary Committee has sanctioned the Polish Football Association with a fine of CHF 10,000 and a warning for the display of a political and offensive banner by Polish fans,” FIFA said in a statement.

It did not go into detail about what the offending banner looked like.

FIFA earlier this week also fined the Mexican Football Federation for what it called “discriminatory and insulting chants” by fans during Mexico’s surprise 1-0 win over Germany last week.

It has also opened disciplinary proceedings against the Argentine FA and the Croatian FA for what it said were several crowd disturbance incidents during the two country’s encounter on Thursday.

Disciplinary proceedings have been opened by FIFA against Switzerland players Xherdan Shaqiri and Granit Xhaka too over their goal celebrations during their win on Friday over Serbia at the World Cup.

Similar proceedings were opened against the Serbian FA for crowd disturbances and a display of what FIFA said were political and offensive messages by Serbian fans, while the Serbian coach Mladen Krstajic is facing a preliminary FIFA investigation over statements he made after that match.