Home Sports Soccer stars Jabu Mahlangu and Junior Khanye beat each other up over... 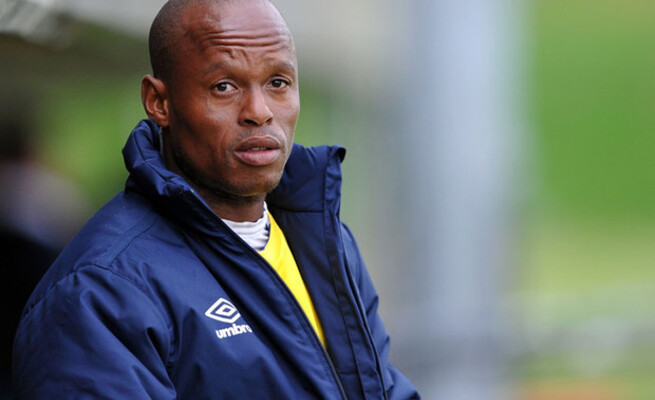 Two former Kaizer Chiefs players Jabu Mahlangu and Junior Khanye swappped their dribbling boots for boxing gloves during a fist fight at a joint in Etwatwa, Daveyton, during an event called Rollover Tuesday. The fight between the Dav e y – ton-born footies, which took place on October 31, was ignited by their differences over the ongoing dismal performance of Kaizer Chiefs. According to eyewitnesses, so intense was the altercation that the owner of the joint asked them to leave.

At the centre of the dramatic incident, friends of the two said, was their unsettled squabbles that started during their time at Amakhosi. Mahlangu joined Amakhosi in the late 1990s until 2004 when the club refused to renew his contract because of misbehaviour.

The two are believed to have been competing against each other, and have always believed that they were better than the other.

Friends who witnessed the altercation said the former dribbling stars have carried their old grudge to analysing the performance of their favourite clubs, and they each take offence when one overrules the other when providing insights on how Chiefs could turn the corner. “The two former superstars are still bitter about their past issues and the fact that they both are desperate to get backup and be relevant again has created even a further rift,” said one friend.

Another source said Mahlangu always gets irked by Khanye’s views about Kaizer Chiefs on social media, stating that Mahlangu confronted his homeboy about his social media posts when they bumped into each other in Daveyton two weeks ago.

“Jr always has something to say about soccer in social media and Jabu takes it personal. It’s as if he is undermining his [Mahlangu] job,” the source said.

Another friend said the problem started when Khanye was given an opportunity to become a soccer analyst on Supersport, indicating that Mahlangu felt threatened because he saw Khanye as competition. Mahlangu is currently the only former soccer player doing game analysis in Zulu at the pay-tv channel.

Sources close to the pair suggest that media attention given to Khanye also did not help the situation, as it allegedly drove Mahlangu’s bitterness to a whole new level and he was now struggling to hide his jealousy.

“Jabu wants to be the one who shines from ekasi lethu [our neighborhood] and doesn’t help other former football players around. He developed this att itude shortly after he got a tender to pave sidewalks in the township.

“He thinks he’s holier than thou,” claimed another local who also witnessed the drama between the two.

Another former footie who didn’t want to be named said: “Instead of praising Junior, Jabu is slamming him in an attempt to revive his image.”

Khanye said he respects Mahlangu and will never fight him, adding he is more focused on his growing career. “If he has issues with me, then that’s his own problem.” Mahlangu’s phone went unanswered and did not respond to an sms sent to him.