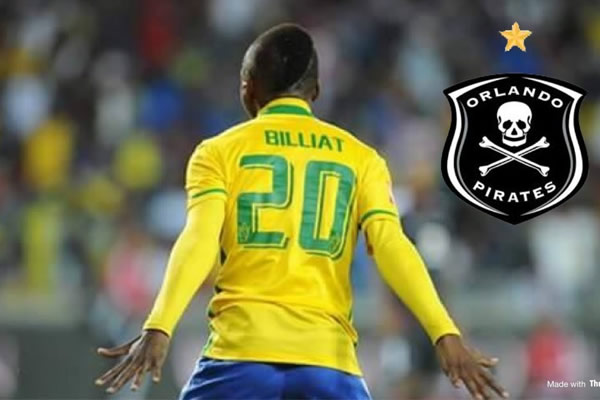 News coming out of Soweto is that Kaizer Chiefs are expected to announce new signings today, as they bolster their squad ahead of the 2018/19 season.

According to Siya sources in the know, a few players are expected to be announced, with rumours coming out of the Chiefs camp that Khama Billiat could be one of the players unveiled, though Billiat’s potential arrival is yet to be confirmed by either of the parties involved.

The Siya crew broke the news of Chiefs’ interest in the Mamelodi Sundowns playmaker last year. While the Soweto giants’ interest was maintained, it was reported earlier this year – in January – that Amakhosi were looking to offer the Zimbabwean a pre-contract with the club.


Billiat’s contract with Sundowns will expire at the end of this month, on June 30, and while the speculation surrounding his future has been rife, it was reported this week that Egyptian side, Zamalek were in discussions for a big money deal for Billiat, although a move in the PSL was still a possibility!

It now remains to be seen if the 27-year-old will be a part of the new look Chiefs outfit, in what would be a marquee signing for the Soweto giants and a signing that will undoubtedly appease the Amakhosi faithful.

Word also reaching us is that Kaizer Chiefs have earmarked a new defender to bolster their ranks, and are taking aim at bringing him on board.

According to Siya sources, the Amakhosi have identified Letlhogonolo ‘Scara’ Mirwa as a potential signing for the first team having been impressed by his performances in the ABC Motsepe League in the past season.

The 23-year-old left back played his part in helping Buya Msuthu clinch the title in the ABC Motsepe League for the North West, however they fell at the final hurdle in the playoffs and were unable to gain promotion into the National First Division.

Mirwa though, who is formerly of Mamelodi Sundowns' academy, may be taking an even bigger jump in his career though, with the crew being informed that the Amakhosi are looking at the possibility of bringing him on board for the new season.

Chiefs are already believed to have all but finalised a move for Madagascan attacker, Andriamirado ‘Dux’ Hasina Andrianarimanana, following his impressive performances in the COSAFA Cup.

With the club expected to make announcements, indications are that Andriamirado ‘Dux’ Hasina Andrianarimanana will be part of the unveiling, while Letlhogonolo ‘Scara’ Mirwa has also been linked to the club.

In addition, Coach Stuart Baxter has been heavily linked with a return to Naturena as the club looks to appoint a mentor to take charge of the bench.