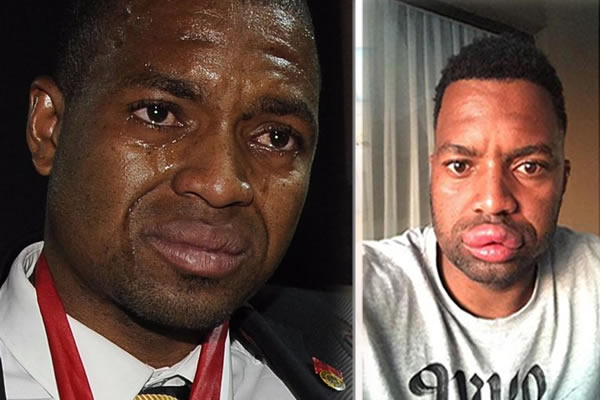 If you're about to hate on Itu Khune's timeline about Argentina and Lionel Messi, don't even bother.

Despite a disastrous world cup for Messi and Argentina, that doesn't mean you step away from your idol.

Itu posted about how much he respects Messi, despite Argentina's loss against Croatia.

People hated on Itu and didn't appreciate his love of Messi. His answer?

I don’t mind you guys voicing ur concerns but this is my account and I have every right to tweet anything I want. WARNING::those who are here to insult me will be BLOCKED ..just saying 😂😉🤦🏼‍♂️

Itumeleng Isaac Khune (born 20 June 1987) who plays as goalkeeper for Kaizer Chiefs in the Premier Soccer League, and also the South African national team, is a former captain of both.

Khune shot to fame when he saved three penalties from Esrom Nyandoro and Peter Ndlovu against Mamelodi Sundowns in the Telkom Knockout final on 1 December 2007.

He is also well known for saving a David Villa penalty and proceeding to make a double save in the 2009 FIFA Confederations Cup group stage match against Spain a day before his 22nd birthday on 20 June 2009.