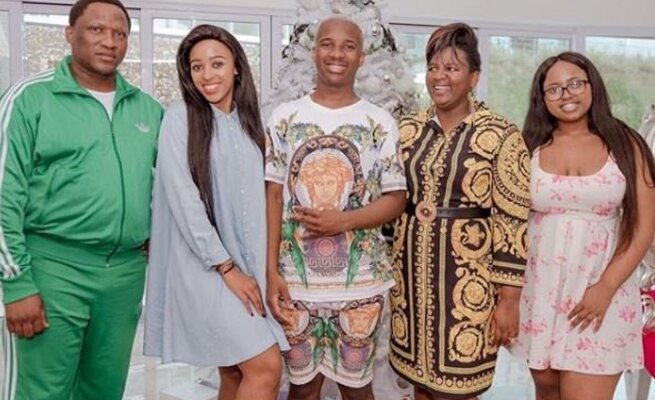 Durban businesswoman Shauwn “MaMkhize” Mkhize is set to finally take over as the new chairwoman of Real Kings.

After plenty of rumours about the club’s state of affairs, information that has reached SunSport is that the announcement will be made tomorrow in Pietermaritzburg and she will name the GladAfrica Championship club as Royal AM.

AM is Mkhize’s son’s initials, which stands for Andile Mpisane.

Mkhize initially said she had no interest in football but she fell in love with the game through her ex-husband, Sbu Mpisane and Andile. And she is buying the club for Andile, who will unveil all the plans.

“Shauwn Mkhize will be announced as the new chairwoman of Real Kings on Tuesday as she has bought the club,” said the insider.

Mkhize’s purchase of the club doesn’t come as a surprise.

She had dealings with Kings last season after she sponsored them with her 50% share of Royal Eagles.

This came after Eagles, the club she co-owned since 2014 with Sbu, was inherited by her ex-husband following their divorce.

Following that bitter split, she had to serve a PSL mandated cooling period of 12 months before she could own another club. However, that 12 months period has now elapsed.

Eagles were relegated to the ABC Motsepe League at the end of last season. They built a state of art clubhouse in Pietermaritzburg, which now belongs to the reality TV star MaMkhize.

Kings will become the second club in Kwa-Zulu Natal that will change the ownership. Earlier this month, Durban-born businessman Sandile Zungu bought AmaZulu from Spar and the Sokhela family.