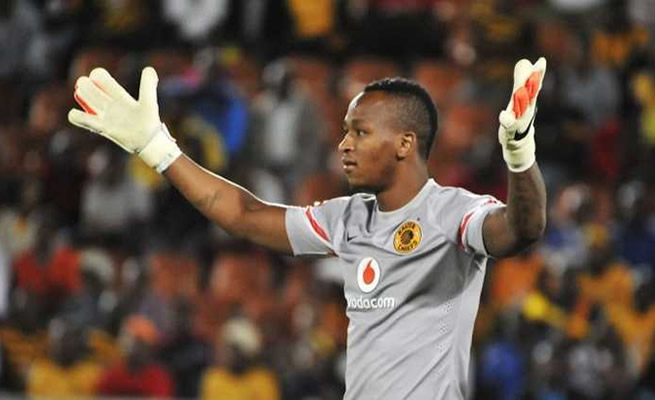 Brilliant Khuzwayo’s alleged stabbing at Mangosuthu University of Technology came after students asked to take pictures with the former goalkeeper.

Khuzwayo was invited at a sport event at MUT in Umlazi on Saturday.

However, he was allegedly stabbed in his hand by a student with a bottle of alcohol and was then rushed to hospital.

This after the former goalkeeper was generous to allow students who had asked to take pictures with him at the event.

“Students asked to take pics with Brilliant and while they were doing that, someone threw a beer at him,” said Sihle Hlabisa who is sport president at the university.

“He’s badly hurt and I can tell you it is very painful.”

Hlabisa said this will put further damage to the university as this comes on the heel of one student, Zolile Khumalo, having been killed by her boyfriend in May 2018.

“No one is going to come at Mangosuthu because they will feel they are not safe,” said Hlabisa.

Khuzwayo was not the only person who was invited to speak in front of the student at the event.

But he didn’t attend and Sibisi said his gut feeling told him not to attend.

Meanwhile, South African Police Service (SAPS) in Durban corporate communications Jay Naicker has since confirmed that the case has since been opened.

“Counter charges of assault with intent to cause grievous bodily harm are being investigated by Umlazi SAPS. Both suspects aged 23 and 30 will appear before the Umlazi Magistrate’s Court,” said Naicker in a statement.

Khuwayo, who was also born in Umlazi, didn’t enjoy his football career.

He was forced to retire last year due to a badly damaged foot injury.

The 30-year-old picked up this injury at the pre-season of Pirates ahead of 2018-19 season just days after he joined them from Chiefs in June 2018.

17-10-2020 Brilliant Khuzwayo was invited to speak at the Mangosuthu University of Technology (MUT) sports event. Right before he could make his address, a male believed to be a MUT student stabbed him and he was rushed to the hospital.
A case has been opened with Umlazi SAPS. pic.twitter.com/kxaehxfvHR