Former Orlando Pirates and Bidvest Wits left-back Patrick Phungwayo is said to be not coming back to football having received spiritual calling, a source close to the player has revealed. 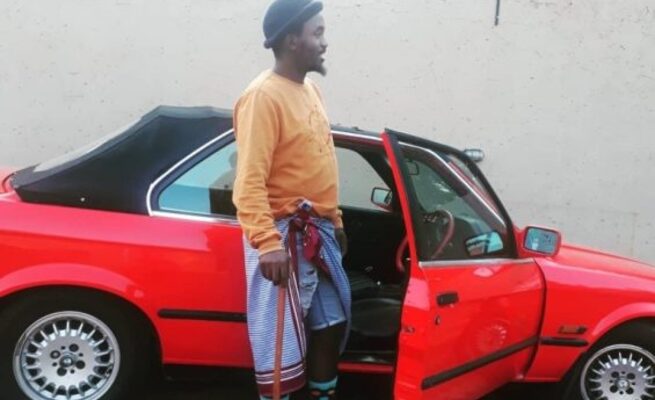 According to the source, Phungwayo’s spiritual calling has been there for a long time, something that is within his family and he couldn’t shy away from.

“Boka” (Phungwayo’s nickname) is not coming back to football,” said the source.

“He is a sangoma (traditional healer) now and there is no time for football. I mean, he could have signed for any team but couldn’t do that because he had to answer his calling. I think at the moment he has accepted that he won’t be playing football anymore,” said the source.

Having been without a team since the relegation of Free State Stars in 2019, the player has been out of the spotlight for some time and he has recently came back posting pictures of his family on Facebook.

His latest post of him standing beside his car wearing a traditional cotton cloth grabbed the attention of many, with some acknowledging his calling while others asked if he is returning to football.

“Which team are you currently playing for?” Bongani Stober Mahlalela asked Phungwayo.

The defender replied: “Haven’t been about football but will see.”

With his age and abilities, the left-back can go on to play for three or more seasons should he decide to return to football.

But, until then, it remains to be seen what the high-flying left-back will decide.