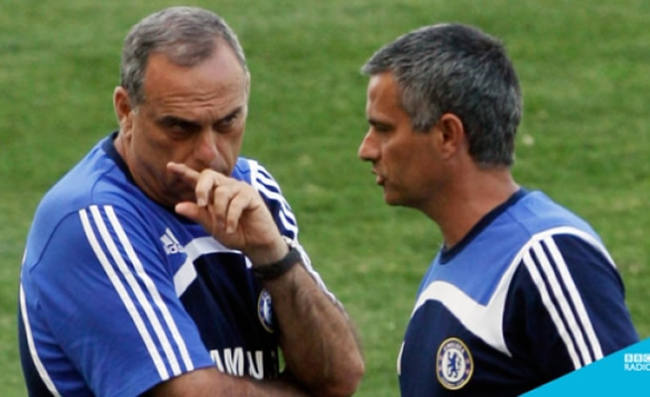 The Israeli-born tactician has been linked to the vacant head coach position at Naturena for the past few weeks.

Mokoena worked with Grant back in 2009 during their time together at Portsmouth in the English Premiership.

“Avram knows how to win over players in the dressing room, due to his calm personality. He can manage a team and is more like a father figure. From a tactical stand point he is a technician who can read the game very well,” Mokoena said.

On 8 July 2007 Avram Grant was appointed Director of Football at Chelsea FC. After the departure of José Mourinho from Chelsea on 20 September 2007, Grant was assigned the manager's role, becoming the first Israeli to manage an English football club.

When he took the helm at Chelsea, Grant did not hold the required top-flight coaching certification from UEFA. In fact, he had never received the lower-level coaching cerfications from UEFA for "B" and "A" level coaching in Europe. Many Chelsea fans did not take well to Grant's appointment. They protested Mourinho's departure, holding banners at games, which read "Mourinho – The Special One", and chanting Mourinho's name.

At his first UEFA Champions League match as a coach (with Chelsea and in general) he led Chelsea to a 2–1 away win over Valencia, replicating one of Mourinho's most celebrated wins.

Chelsea went on to register a 16-game unbeaten run under Grant, including beating Manchester City 6–0 in one of Chelsea's biggest wins. Subsequently, Grant was offered and signed a four-year contract with Chelsea in December 2007.

On 27 November 2014, Grant was appointed as coach of the Ghana national football team. At the 2015 Africa Cup of Nations, he led Ghana to the final, where they were beaten on a penalty shoot-out by Ivory Coast, ending the tournament as runners-up. On 2 February 2017, Grant resigned as the coach of Ghana after losing the semi-finals[which?] against Cameroon and Burkina Faso.

The 63-year-old is currently in charge of North-East United in the Indian Premier League.

There appears to be a tussle for Grant’s services with reports that Greek giants Panathinaikos were also after him.

The race is on at Naturena to find a new mentor after three trophyless seasons under Steve Komphela.

Having promised their supporters sweeping changes in the squad, Amakhosi have so far been quiet in the transfer market.

SuperSport United are the other big fish in the Premiership looking for a coach to take over at the Pretoria side.