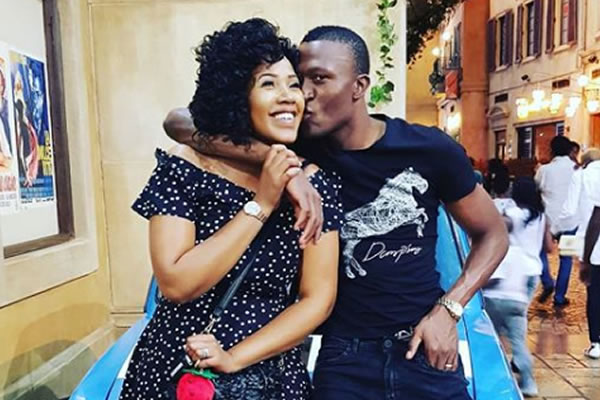 Soccer star Tendai Ndoro has been accused of assaulting his wife Thando. It seems Ndoro's marriage is crumbling just six months after he and Thando said 'I do' in a traditional wedding in December.

The footballer was arrested for allegedly strangling his wife, and also throwing a TV set at her.

Former Sundowns striker who now plays for Ajax Cape Town was involved in a nasty fight with his wife at their home in Boksburg last week, which saw him spending the weekend in jail.

Speaking to Sowetan outside the Boksburg Magistrate's Court where Ndoro appeared, Thando confirmed that she opened a case against her husband after he allegedly tried to choke her.

Thando said she had suffered enough humiliation from Ndoro. She accused her husband of having an affair with a prominent ANC member.

"He started changing around March this year. He would always get calls from girls here and there but it's nothing I took seriously," she shared. She said Tuesday's fight was over car keys.

"He wanted the car keys and I didn't give him because I was supposed to drop my son off at school.

"He pinned me on the bed and strangled me while he searched for the keys. He then picked up a TV and threw it at me but I managed to dodge it and it hit the wall," she said.

"I called the police but they advised me not to open a case yet and talk things through with my husband."

Thando said Ndoro called a family meeting, where he again lost his temper.

"He tried to make me sign documents stating that I was not his legal wife as we are only married traditionally. I refused to sign those documents and he lost his mind and threw a bottle of juice, which broke against the wall and pieces of broken glass hit some people in the room."

Thando then went to open a case of domestic violence against the player at the Boksburg police station. Ndoro was arrested on Saturday and spent the weekend in jail.

The court granted him R1000 bail yesterday and the matter was postponed until later this month.

"I have forwarded your message [requesting a comment] to my client for his approval and instructions relating to your questions.

"I haven't gotten responses from him."