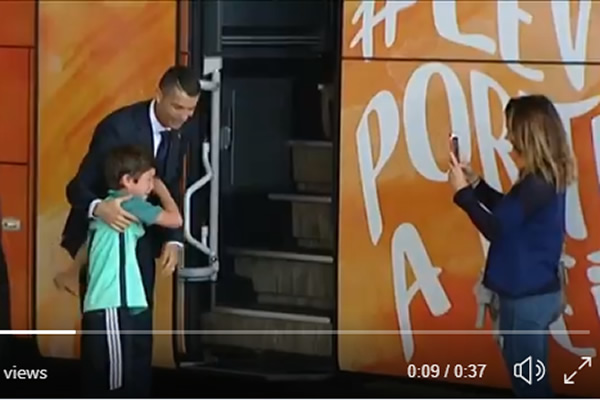 Portugal captain Cristiano Ronaldo made a young fan's dream come true when turning back from the team bus to have his picture taken with him.

Portugal were departing to Russia ahead of competing in the 2018 Soccer World Cup taking place in June/July.

The five-time world player of the year is leading a squad that broke through to win its first major title at the 2016 European Championship.


"Ronaldo is crucial," Portugal coach Fernando Santos said, "but we know that to win we need to play well as a team."

The boy who made Cristiano Ronaldo turn back. Legend ❤️ pic.twitter.com/glW9lXb2jd