Kaizer Chiefs are seriously ringing the changes as far as the club’s technical staff is concerned as another coach bites the dust.

Following the sacking of head coach Ernst Middendorp on Tuesday, Amakhosi have also axed assistant coach Shaun Bartlett in one of the most drastic clean-ups undertaken by the Naturena-based club to date. 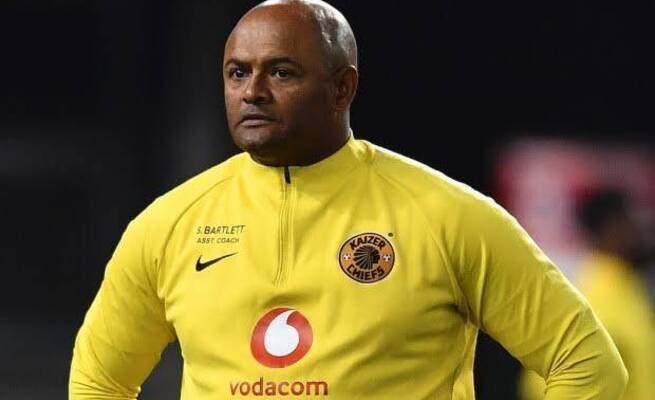 In a short statement released on the club’s official website this morning, club chairman Kaizer Motaung announced the axing of Bartlett, who many have heavily criticised as having no input when he was Middendorp’s right-hand man.

Motaung said the board of directors and the club’s management have agreed to an early termination of Bartlett’s contract.

“We would like to once again thank both gentlemen for their service to Kaizer Chiefs over the last 21 months,” read the statement in part.

“We wish Shaun Bartlett all the best in his future endeavours.”

Bartlett was appointed assistant coach to Middendorp when the German tactician returned to the club for his second spell as head coach and was no stranger to the Amakhosi outfit. He played as a striker for the Glamour Boys between 2006 and 2008 under the same Middendorp.

During his playing days, he helped Chiefs win the 2006 SAA Supa 8, as well as the Telkom Cup the following year. His international club career saw him turning out for the likes of FC Zurich in Switzerland and England’s Charlton Athletic.

He was in the history-making Bafana Bafana team that won the Africa Cup of Nations in 1996, been capped 74 times for the national team and has 29 strikes to his credit.

As a head coach, Bartlett guided Golden Arrows back to the Premiership in 2015 and was also at the helm of the University of Pretoria’s AmaTuks for two seasons.