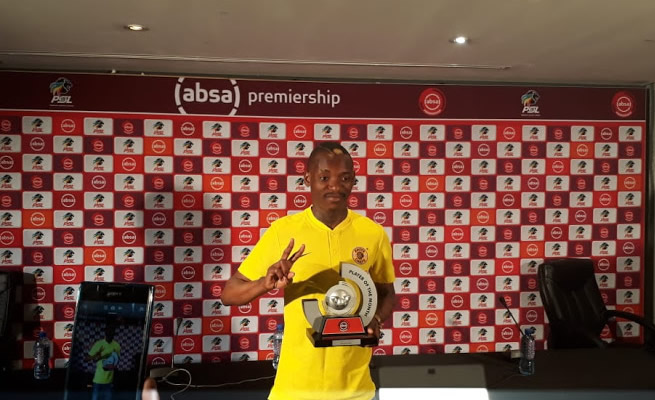 This was after Ngubane said things are no longer the same at Kaizer Chiefs where Billiat plays, saying their manager Shaun Bartlett has stopped standing up during matches.


Billiat is playing like a player who came here having reduced his age,”.

“Now he’s trying but it’s no longer happening. Maybe he is not even 29. He can’t play like this. Earning so much money and you play like that? The heart and the mind wants to do it but the body refuses.”

Khama Billiat’s father, Mustapha, got wind of the news and he was less than amused.

Mustapha came in defense of his son and said he spoke to him once about his drop in form and Khama informed him that he was under relentless pressure, from everyone, including the fans and the media.

Mustapha said even the greatest footballers have their down time and they shouldn’t be expected to always perform like machines.

My child never cheated, when it comes his age, at any stage in his career,’’ she said.

‘’I kept all my baby cards so that my children, when they grow up, they will show their kids. “But, what I don’t understand is how a professional coach (Ngubane), who players look up to, can say such about

This was after she produced Khama Billiat’s Immunisation birth record as proof that her son did not alter his age, but was 30 as is know on public record.

She questioned Ngubane’s credibility as a football manager and said no good manager would say such things about a player.