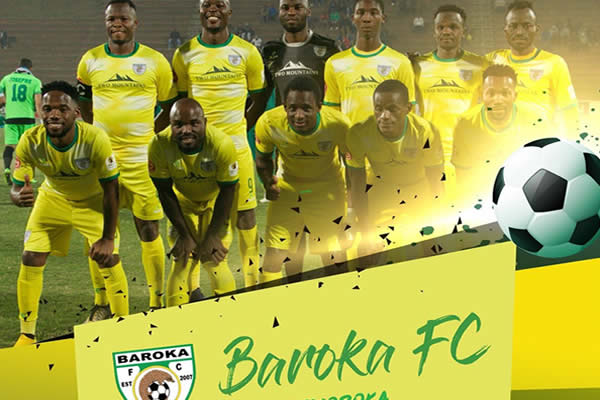 A court order for the arrest of Baroka FC boss Khurishi Mphahlele has been issued should he fail to pay about half a million in papgeld to his disputed wife within seven days.

The order was issued on Friday by the Joburg High Court Judge Lekgaloa Senyatsi after Mphahlele cocked a snook at the previous court order by Judge Cele to pay maintenance towards the upbringing of his four children with his disputed wife, who cannot be named for legal reasons.

The court order, which we have seen, reads in part: “Mr Khurishi William Mphahele … is ordered to within five days of granting this court order pay an amount of R454 262.48 (Four hundred fifty four thousand two hundred and sixty two rand and forty eight cents only) emanating from the Rule 43 Court Order granted by her ladyship Acting Justice Haskins on 20 September 2019 into the applicant’s attorneys trust account and forthwith comply with the directive of the Rule 43 Court Order on successive monthly basis.


“Mr Khurishi Mphahlele is to be incarcerated to prison for a period of 30 days in terms of paragraph 2 of Acting Judge Cele court order dated 6 November 2019 if payment of the amount set out in 1.1 is not made within seven days from the date of this order,” reads the court.

According to the documents, the woman applied for urgent court order last week to force Mphahlele to comply with the order after he allegedly dilly-dallied in paying the papgeld, which includes school fees, medical aid, groceries, levies for their Bryanston home in Joburg, COJ services and her spousal maintenance.

Mphahlele had filed papers opposing spousal maintenance and the papgeld court orders of the kids. He wanted the marriage to the woman to be declared invalid because when he married her, he was still married to his first wife.

He also said the three kids the woman wanted him to support were not his. When he met her she already had two kids from her previous relations. He said she fell pregnant when they were dating and told him that he was the father.

He said he discovered the child was not his when the woman filed for maintenance suit against him when they separated. He said he was willing to support only one of the four children the woman had because it was his biological sprog.