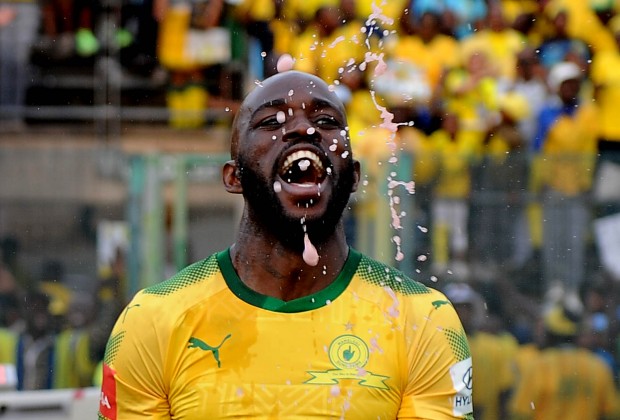 An exit from Mamelodi Sundowns could be imminent for one of the wingers from the team, as preparations for a new season are underway.

News reaching the Siya crew is that discussions are in progress for the potential exit of Anthony Laffor.

The winger, whose future with Sundowns has been in doubt for some time due to his lack of game-time, could finally part ways with the Chloorkop outfit during this off-season.

Although the Liberian is rated highly by coach Pitso Mosimane for his talent and a knack of scoring goals, it has been difficult for the 33-year-old to cement his place in the starting line-up for Sundowns.

A single start and a handful of substitute appearances were all that Laffor contributed to Downs’ progress in the 2017/18 season.

“The talks for Anthony Laffor’s exit from Sundowns are ongoing. The player has been given the go-ahead to leave the club if he wishes for that. He has done everything he could have done for the club,” said the source.

Mosimane has reportedly said that he won’t stand in the player’s way if he wants to further his career elsewhere.

The player has been linked with the likes of Kaizer Chiefs and SuperSport United in recent months.

Read: Promotion In Sight, Bucs Could Have A Team In Mzansi’s Third Tier

Despite being linked with an exit, Laffor is still contracted to Sundowns, as his current deal Is expected to expire in June 2019.

Laffor has spent over six years at Downs, since joining the club from SuperSport in January 2012.