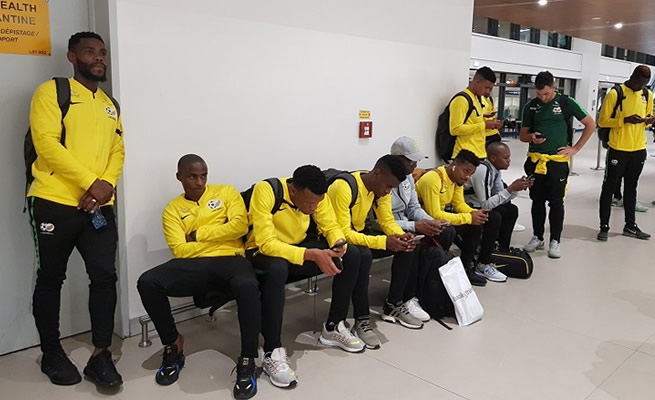 Safa is not taking any chances regarding the threat of coronavirus as special measures will be taken to prevent the virus from spreading among the Bafana Bafana players.

The national team will converge for camp next week to prepare for their upcoming 2021 Africa Cup of Nations qualifier. Bafana will take on São Tomé and Principe at the FNB Stadium on March 27 (5pm), and then travel for the away leg on March 31. The spread of COVID-19 has created a worldwide health crisis with new infections reported daily.

The Bafana squad includes a couple of players from France in Lebo Mothiba and Lebogang Phiri, a country which has also been affected by the virus. The only other overseas-based player is Thulani Serero from the United Arab Emirates.


France has so far reported 48 deaths due to the coronavirus, with up to 2,000 infections. “As Safa we are taking this issue very seriously. That is why we have organised a chartered flight to minimise the risk of corona. We do not want to have to get a connecting flight to travel to São Tomé. We have all the precautions in place. The players who are travelling from overseas… we’ve organised with their doctors,” team doctor Thulani Ngwenya said.

Coach Molefi Ntseki announced his 25-member squad yesterday in Johannesburg. Ngwenya has been working closely with Ntseki as the team does not have permanent staff. Ntseki has been meeting clubs and profiling players with Ngwenya by his side. The medical officer added that tests will be done regularly on the players to monitor if any of them shows symptoms of the virus.

“Their [overseas] clubs’ doctors promised that the players will be taken care of until they reach the airport in their country. As Safa we will receive the players from the airport,” Ngwenya said.

“Because they will be coming from France they might be quarantined at the airport. We hope that they will be released as quickly as possible so that the preparations are not affected.”