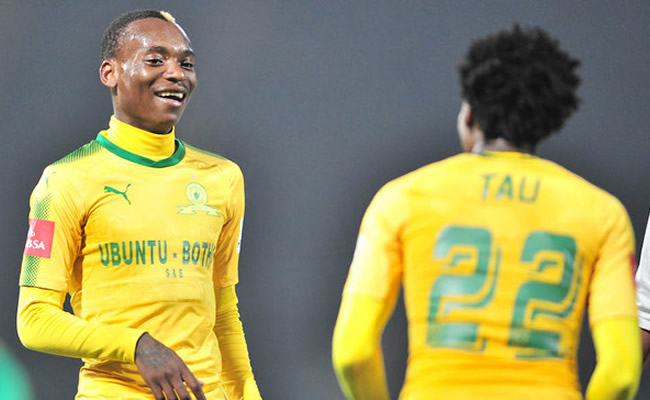 Kaizer Chiefs attacker Khama Billiat (above) could launch yet another campaign to leave at the end of the season, seeing that he is unhappy with the minimal game time he is getting under Ernst Middendorp.

“The challenge for Billiat is that he is used to being treated like the star and the most important player of the team and he is not getting that treatment at Amakhosi. If you look back at his time with Mamelodi Sundowns and the Zimbabwean national team, he would be thrown into the starting line-up even after an injury, but at Chiefs, Ernst doesn’t mind benching him for big games and that could really drive him away from Amakhosi,” said a source.

Pitso Mosimane has also hinted on a radio interview with SAFM that he would like to have Khama Billiat back at Mamelodi Sundowns without being explicit in his utterances.

The Zimbabwe international left the Brazilians for Kaizer Chiefs two seasons ago, and there were reports of him returning.

However, Amakhosi managed to hold on to him and Mosimane says he still watches the 30-year-old attacker week in and week out, adding he is still an incredible player who likes to be told he's a star.

"Khama played different football [at Sundowns]. Khama is totally different. It's unbelievable – every week I am watching [him]. You must know that I took this boy as a 22-year-old from Ajax Cape Town; they were flirting with relegation and I told him that he's the greatest player Zimbabwe has ever produced and [would be] a big player for Sundowns. I sold him the vision and look what happened when Khama was on the pitch," Mosimane told SAFM.

"He is a totally different player and you've got to know how to deal with him; soft and he also likes to be told he's a star."

Mosimane added top players such as Billiat should be treated differently from others to get the best out of them.

While the Sundowns coach didn't want to be drawn into giving a straightforward answer on whether or not he'd still like to have Billiat back at Chloorkop, the response was clear enough.

"When you have top players, you have to make sure they play according to the strengths but the system you play must suit everyone to play to their strengths."

"Of course, it will never be 100 percent the way you want but you've got to allow them to play the way they want to play. Our job is to coach and allow them [top player] to play to their strengths and Sundowns' way of playing suits Khama. I am not saying the way Chiefs play doesn't suit Khama. I know people will start saying other things now.

"All I am saying is that Khama knows. I can tell you he knows… he is a good player and we love him at Sundowns."

"He left for greener pastures and there's nothing wrong. He wants to look after his family – that's life. Neymar left Barca because he wanted something else and wanted to go back to Barca, at least rumour says it but I'm not here to discuss other teams but Khama knows. I will end there," concluded Mosimane.

Meanwhile, as reported by Phakaaathi earlier, Polokwane City are also said to be interested in another Chiefs winger Joseph Molangoane, who has not been active at the club for a while now.

Molangoane’s lack of game time at Amakhosi after recovering from injury has prompted Rise and Shine to try and make a quick move on the speedy winger especially considering his contract is expiring at the end of the season.