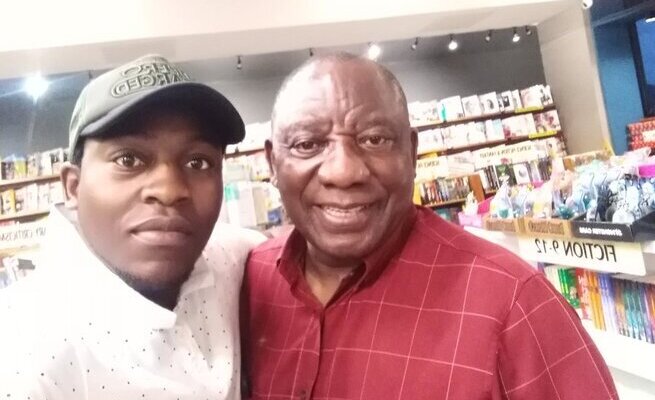 The walls are closing in on former Zimbabwe cricketer Dumisani Mankunzini after the International Cricket Council (ICC) alerted its security team to bar the former leg-spin bowler from getting their official approval to cover its competitions.

The move comes after Zimbabwe Cricket (ZC) and Cricket South Africa (CSA) also distanced themselves from the controversial ex-cricketer following reports of his underhanded tactics to defraud people of their hard-earned cash.

His alleged victims included a guest house, lodge and hotel, in Botswana, Zimbabwe and South Africa respectively. When interviewed by The Star, Mankunzini presented himself either as a revered global cricket media personality or an employee paid handsomely by the ICC. In one case, he gave the impression he was a highly sought-after cricket star who had signed a mega deal.

A victim, who apparently lost close to R500000 paying for Mankunzini’s accommodation, food and transport between September 2018 and February last year, said he received emails assuring him that the ICC would reimburse him for taking care of their “employee”.

The Joburg businessman funded Mankunzini’s trips to Cape Town, Bloemfontein and Bulawayo in Zimbabwe after getting the emails from fictitious “ICC officials” who were named Riaan Naidoo, R Singh and Faith James.

“I was so sure I’d get my money because the emails looked professional and the places I would drive and fly with him to for his cricket activities were genuine. Some were schools, and parents entrusted this man with their children,” said the victim.

ICC spokesperson Claire Furlong said they were aware of the allegations, including a fake ICC payslip purportedly belonging to Mankunzini that has been circulating in the media.

“He has nothing to do with the ICC and has never worked for us. If people suspect they have been victims of fraud we urge them to go to the police,” Furlong said.

Despite Mankunzini’s denials, Furlong confirmed the ICC had revoked his accreditation to cover the just-ended Under-19 World Cup in South Africa after discovering he was not a bona fide cricket journalist.

Mankunzini dismissed claims of the payslip being fake, accusing “haters” of trying to ruin his reputation.

“It’s people trying to tarnish my image. Clearly, it’s someone who doesn’t know me because none of my documents have Bongani. uBongani libizo lang’khaya (Bongani is an unofficial name used at home by close family members),” he told The Star on Wednesday.

In an effort to clarify his position, Mankunzini said he was in the ICC media zone. However, entry to the Under-19 World Cup games was free.

ZC confirmed the ICC had contacted them to check if Mankunzini was a bona fide cricket journalist after he managed to get accreditation to cover the just-ended tournament in South Africa.

“Since we could not vouch for him, we gave the ICC contact details of the Zimbabwe media houses that he claimed to be working for,” said ZC spokesperson Darlington Majonga.

CSA, which confiscated his accreditation last year, also distanced itself from him after one of his victims alerted them.

“It’s true there are people I owe money. It’s normal – we’ve all borrowed money at some point in our lives. Some of the people I owe, I’ve paid, and some I haven’t. But if I’ve conned anyone why am I still walking freely?” asked Mankunzini.

In one of his videos on YouTube before the 2019 Cricket World Cup in England, he claimed he was part of the commentators working for SuperSport. However, SuperSport spokesperson Benedict Maaga said they had never “heard of this person in production, neither has he worked for us”.

Mankunzini told The Star he would take legal action against “false accusers” before posting a picture of himself with Zimbabwean lawyer Dumisani Dube on Facebook with the caption, “my lawyer has arrived #Allegations­AgainstMe”.