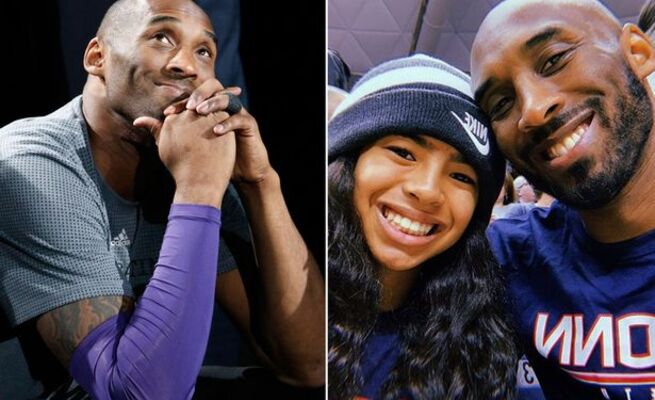 Kobe, 41, and his daughter, Gianna, 13, were among nine people who died in a private helicopter crash on Sunday.

According to CNN, Kobe and Gianna were on their way to Mamba Sports Academy, where his daughter was due to play in a basketball game.

It is believed the helicopter crashed near Calabasas, California. The New York Times reported that it could take several days to recover the bodies, as the crash site is in rough terrain.

As news of the crash emerged on Sunday, Mzansi's celebs took to social media to react.

Kobe Bryant's daughter Gianna, 13, also passed away alongside her father in the Calabasas helicopter crash.

Rapper Cassper Nyovest said: “Just read the saddest news about Kobe Bryant. I was just reading about him and LeBron (US basketball player LeBron James) this morning. RIP to the legend. Such shocking news. Aowa.”

Just read the saddest news about Kobe Bryant. I was just reading about him and Lebron this morning. RIP to the Legend. Such shocking news. Aowa 💔

Rapper AKA wrote: “As a Christian, sometimes I ask myself … why does God let these things happen? Like, what part of the plan is this? I don’t understand. Kobe is one thing … but a 13-year-old girl with her entire life to live. A great one at that! I don’t get it, man. Sigh.”

Media personality K Naomi said she couldn't imagine being in Vanessa's shoes: “ at the same time. Then have to watch the rest of my kids deal with all this pain … God are you really there?”

I don’t know how I would take losing my life partner and daughter at the same time.
Then have to watch the rest of my kids deal with all this pain…

God are you really there?💔

Musician Stogie T recalled a thread he posted last year of Kobe being one of the legends he looked up to.

This is beyond devastating. Wow. 💔 pic.twitter.com/6CKU1wGcYP

Sports reporter Mpho Letsholonyane sent a tribute to the “G.O.A.T” by sharing James' recent victory of becoming the NBA's third-highest scorer of all time.

“LeBron James surpassed Kobe Bryant to become the NBA's third highest scorer of all time in the Lakers' 108-91 defeat by the Philadelphia 76ers. #KingJames later spoke on the affect the #Mamba had on his life. Now, the Mamba is gone … Life … we’ve lost a legend of the game. A GOAT.”