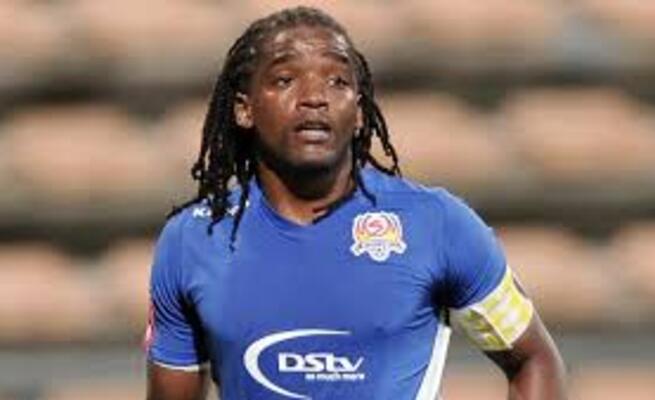 Supersport United ambassador Thabo September’s 11-yearold son has been thrown out of school because of his alleged failure to pay school fees.

The child, who cannot be named for legal reasons, is now loitering in the streets after being kicked out of a private school in Midrand on Wednesday last week.

This after the former Matsatsantsa a Pitori striker failed to settle over R47 000 he owes in unpaid fees. The heart-rending tidbits were revealed by September’s baby mama, who also cannot be named for legal reasons, after trying in vain to force the former footie to settle the arrears.

Speaking to Sunday World, the baby mama said the former soccer star signed an agreement with the school to pay over R5 400 a month in school fees.

She said September defaulted on payments for several months and was over R47 000 in arrears, adding that September had promised to settle the arrears before school holidays last year but failed to do so.

“When my child went back to school on Wednes- day he was told to leave because of the arrears,” she said, noting that she informed the child’s father of the expulsion.

The woman said September informed her that he had settled the arrears but does not want the child to return to the same school, saying he wanted the child to start attending a school in Knysna in the Western Cape.

“I don’t understand why he wants to take the child away from me. In terms of the parenting plan obtained from the Randburg Magistrate’s Court in August 2013, the child must live with me and he was granted visitation rights,” she said.

The baby mama has since reported September to his employer at Multichoice offices in Randburg.

“The woman I spoke to said she would refer the matter to Stan Matthews [Supersport United boss] for intervention.”

Attempts to get comment from September drew a blank. But Sunday World has seen a letter sent to the woman by his lawyers Raphela Madiba Inc, in which they warned her to stop refusing September access to the child. The letter states that September wanted to buy his son Christmas clothes but couldn’t do so because she refused him access. She refuted the claims and said she was away when he wanted to buy the clothes.