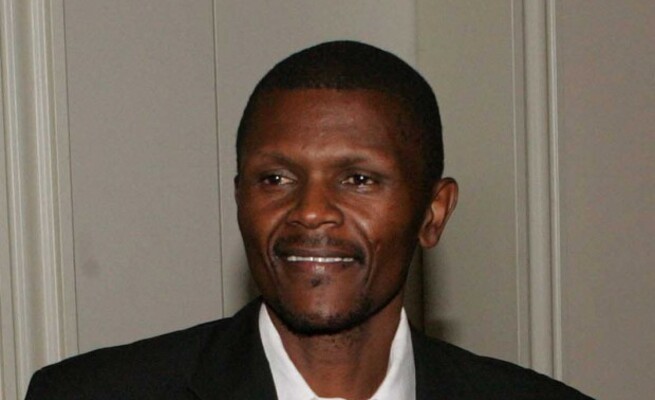 This comes after she allegedly stormed into the sheriff’s office in Midrand during a meeting and ran away with an iphone belonging to one of the sheriffs.

In dramatic scenes Moeti’s wife allegedly resisted arrest, allegedly stating that her business was not with the police, but with the sheriff.

According to police statements, the incident happened on Tuesday afternoon at the Sheriff’s Offices at Halfway House in Midrand, and Matshidiso refused to get into the police car after they arrested her.

An officer close to the case revealed that she instead demanded to drive her car to the station, where she also refused to step out of the car, leaving the police with no choice but to use force to get her out of the car.

These details are contained in police statements deposed with the police by CJ Oosthuizen, the [complainant] and officers who witnessed the incident at the station.

The entire drama allegedly happened after Moeti’s wife had an argument with Oosthuizen over money he was to recover on her behalf.

According to a police official close to the case, Matshidiso had complained that she had been owed money for long and allegedly told the sheriff that until her money was returned, she was going to keep his phone. The officer revealed that Oosthuizen blocked the phone with the network provider after realizing that Matshidiso was not playing games, and he also laid a charge with the Midrand police against her.

However, it was after realising that the phone was now blocked that Moeti’s wife returned it, only to find police officers waiting for her at the offices.

She later spent 2 nights in jail after she was denied bail following her dramatic refusal to cooperate with the police on the case.

The Bafana legend refused to comment on the matter, only opting to say: "I'm sorry i can't help you my brother. Please respect my situation."

Oosthuizen said he could not comment about the case because it was now before court.

Moeti earned 29 caps with the South African national team between 1995 and 1999.
He also won the CAF Champions League final with Pirates in 1995 and was part of the Bafana squad that won the 1996 Africa Cup of Nations on home soil.