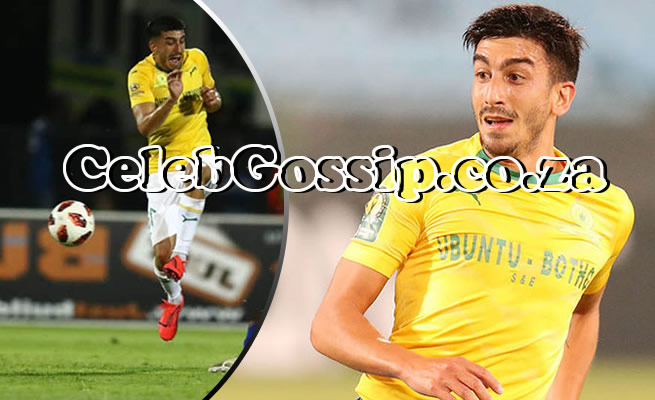 Tade had joined Sundowns from AmaZulu in a bigmoney move in January, but failed to live up to expectations, scoring only two goals in 12 games he featured in across all competitions.

The 31-year-old marksman spent the better part of his Brazilians stay on the sidelines, nursing a spate of niggling injuries.

While it’s expected that some local clubs would inquire about signing Tade, Ferreri has poured cold water on any possibility that the lanky centre-forward would remain in SA, confirming he’s jetting off to New Zealand this evening “to sort out personal issues”.

“It was his [Tade’s] personal decision to ask Sundowns to terminate his contract. He needs to sort out personal issues in New Zealand. At this stage, there’s no possibility of him joining another club in SA,” Ferreri told Sowetan yesterday.

“Remember that Tade is no longer a youngster, so coming back to SA won’t be an easy thing once he’s in New Zealand [where he plied his trade for clubs such as Team Wellington and Auckland City, before joining Usuthu last year].”

Tade’s representative also downplayed the wild-held perception that his client and Downs coach Pitso Mosimane had a relationship breakdown, triggered by the striker’s lack of game time.

“There’s nothing sinister. Tade got along very well with everyone at Sundowns and he’s grateful to have played for the club,” noted Ferreri, of On The Ball Sports Management.

Via a statement they released yesterday, the Tshwane-based side implied that being injury-prone was one of the factors that contributed to Tade’s abrupt exit.

“Tade was unfortunate to sustain an injury shortly after he joined Sundowns, which hampered his progress to cement a place in the squad,” read parts of the statement.