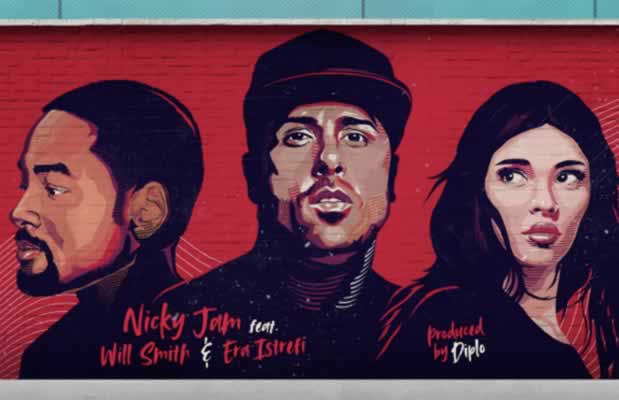 Some on social media asked how the tune's Latin American feel fitted in with the tournament's host country Russia – and compared it unfavourably with past efforts including Shakira's "Waka Waka" theme for the 2010 contest in South Africa.

Some more were puzzled by the choice of performers – Will Smith is joined by Puerto Rico-born Reggaeton artist Nicky Jam and singer Era Istrefi, who describes herself as "Albanian Kosovar" – none of them from countries competing in this year's contest.

"The World Cup song doesn't have any football ring to it. Blegh. How is Messi gonna dance to Live it up?!" Twitter user @arla_I said, referring to Argentina star Lionel Messi.

Others were won over by the energetic track, with its affirming chorus "One life, live it up/'Cos we got one life."

"This one definitely has the World Cup vibe to it," one user wrote, calling the song "awesome".

The trio will perform "Live It Up" in front of spectators before the World Cup final in Moscow on July 15.

"It's an honour to be asked to perform at the 2018 FIFA World Cup," Smith said in a statement.

"Collaborating with Nicky, (producer) Diplo and Era on this track represents harmony, eclectic flavours and genres coming together. At the end of the day, we just want to see the world dance."

Smith has focused on his acting career for years, but the "Independence Day" star has recently hinted about a return to music.

This week, he posted a clip of himself rapping in a music booth on his Instagram page titled "Gettin' back in the studio. Just warmin' Up".