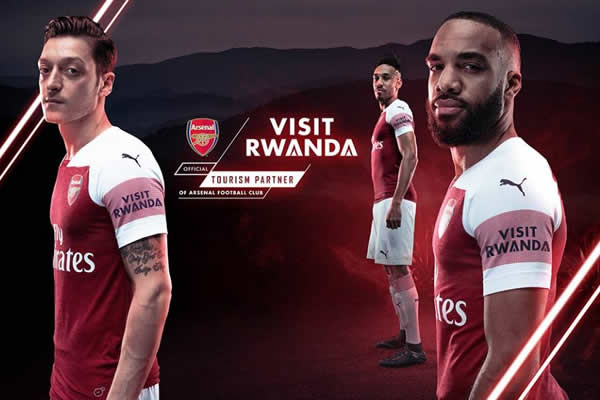 Arsenal has a new shirt sponsor: Rwanda. The Rwandan Development Board has inked a deal with the famous English football club, who from next season will play with the slogan ‘Visit Rwanda’ on their famous white sleeves.

And who wouldn’t want to follow that injunction? Tiny Rwanda is one of Africa’s most beautiful countries. Its lush mountain landscape offers unparalleled views in every direction. Its capital city, Kigali, is charming and clean and overflowing with quirky art galleries and interesting restaurants, while the Kigali Genocide Museum is a thoughtful, sensitive monument to one of the worst atrocities of the 20th century.

Rwanda is home to the critically endangered mountain gorilla, in the spectacular Volcanoes National Park, and when you have finished your safari you can relax on the tranquil shores of Lake Kivu.

But a word of warning, before you pack your bags: there are a few local sensitivities you should probably take into account before you travel.

Most important: whatever you do, don’t criticise the president. Paul Kagame, in charge for 18 years and counting, is notoriously intolerant when it comes to people who disagree with him. Dozens of journalists have been banned from the country or arrested for reporting on stories that the government would prefer un-reported, and at least 17 have been killed, according to the Committee to Protect Journalists. Opposition politicians are also routinely locked up, while civil society groups are not allowed to operate independently.

In fact, it’s probably best just not to ask too many questions.

Questions like: Where are all the beggars and homeless people in this lower-income African country? (Answer: many have been forcibly exiled to a “rehabilitation island” in the middle of Lake Kivu).

Or: If everyone is so happy, why is there a black-clad, machine-gun toting policeman on every second street corner in Kigali?

Also, don’t steal stuff. This, of course, is true anywhere in the world, but in Rwanda the consequences for theft can be entirely disproportionate to the crime. Human Rights Watch reported that in Western Rwanda, 27 petty criminals were summarily executed in the course of less than one year. In one case, the alleged victim’s crime was to steal a bunch of bananas.

If you do find yourself on the wrong side of the authorities, for whatever reason, try not to end up in one of the military’s infamous detention camps (whose existence is denied by the government). They will really ruin your holiday.

“Rwanda’s military has frequently detained and tortured people, beating them, asphyxiating them, using electric shocks and staging mock executions. Most of the detainees were disappeared and held incommunicado, meaning they had no contact with family, friends, or legal counsel. Many were held for months on end in deplorable conditions. We continue to receive information about new abuses,” said Human Rights Watch.

Rwanda has a lot going for it. It’s economy is booming, its infrastructure is developing at speed, its socio-economic indicators are on the up. There are many things that make it an attractive tourist destination. But before you book a ticket, it might be worth considering whether your tourist dollars risk legitimising the human rights abuses of an unashamedly authoritarian regime. It is a question that Arsenal’s executives should perhaps have pondered more before slapping Rwanda’s slogan on its iconic kit.