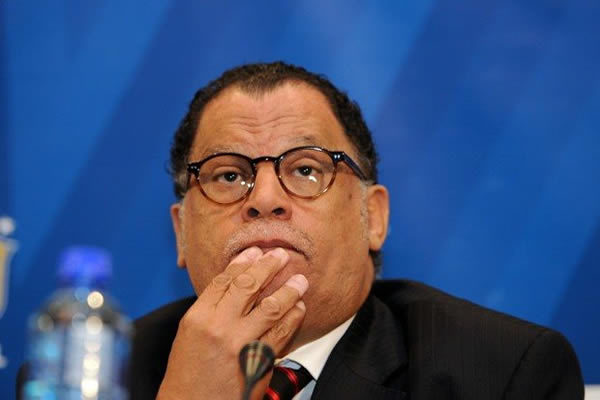 Safa boss Danny Jordaan is facing new criminal charges after a prominent author who is also the niece of a top politician opened a case of sexual harassment against him last week.

The latest case emerged as Ferguson’s affidavit to police, revealed here for the first time, gives a graphic account of the alleged rape — including that Jordaan “violently sodomised” her.

“The bedroom door opened and he entered without my permission. By then I was semi-naked. He forcefully took me from behind and I could not defend myself. I entered [a] state of shock. Mr Jordaan forcefully grabbed me and violently sodomised me. He raped me against my will.”

Danny has denied the rape allegations and is yet to appear in court.

The author, who cannot be named, alleges that Jordaan groped her, tried to force himself on her and attempted to rip off her underwear in the boardroom of a five-star Sandton hotel in March 2011, where she was interviewing him for her soccer-related book project. The woman says she was saved by a waiter knocking at the door.

In her affidavit to police, the woman said Jordaan sexually assaulted her on three occasions, including during a meeting at Safa House in Nasrec, the association’s headquarters south of Johannesburg, where she went to meet another administrator for her project. While she was in the administrator’s office, Jordaan came from behind and put his hands in her dress and touched her behind.

The final incident happened at the same hotel in Sandton, where she was told to come and meet some Safa officials, only to find Jordaan alone. He allegedly had his hands all over her but she was again saved by a waiter.

When contacted yesterday, the woman said: “I don’t want to talk about this matter.”

During a media interview on an unrelated matter a year after the alleged assaults, the author spoke about men assuming “you [are] asking for something else”, when women ask for assistance.

Jordaan’s lawyer, Mamodupi Mohlala, said yesterday the allegations seemed to be “an attempt to render Dr Jordaan illegible to stand for the Safa presidency [next] Saturday. We verily believe that these so-called new

The bedroom door opened and he entered without my permission. By then I was seminaked. He forcefully took me from behind and I could not defend myself. I entered the state of shock. Mr Jordaan forcefully grabbed me and violently sodomised me. He raped me against my will Jennifer Ferguson, above, in her affidavit to police

previously said is an orchestrated campaign.

“The latest allegations follow a worrying and disturbing trend of accusations levelled against our client literally days before a significant Safa event. We believe that the events set out above [are] not coincidental and have one aim and one aim only and that is to prevent Dr Jordaan from standing for the position of Safa president.

“It must be clear to all that there are forces at work who will stop at nothing to utilise the media to discredit our client in the most nefarious way. We have advised our client not to become embroiled in a trial by media. We verily believe that the only place for these accusations to be properly tested is a court of law and we again appeal to the media and public to allow the legal system to run its course.”

Ferguson accused Jordaan of raping her in a Port Elizabeth hotel room 25 years ago.

Ferguson, now based in Sweden, opened a case against Jordaan at Johannesburg’s Parkview police station in March. The case was transferred to Humewood police station in Port Elizabeth, where the alleged rape took place. It is being investigated by the national family violence, child protection and sexual offences unit.

Jordaan, who has denied the rape, last month opened a case of defamation of character and conspiracy against PSL chairman Irvin Khoza at Sandton police station, alleging that the Orlando Pirates boss paid for Ferguson’s flights from Sweden and her accommodation, through a third party.

Jordaan named Khoza, former PSL general manager and referee Ace Ncobo and Ferguson as those conspiring to defame him.

Ferguson first made her claim against Jordan in October, as women around the world shared stories on social media about rape and sexual assault, as part of the #MeToo campaign, in the wake of allegations against Hollywood mogul Harvey Weinstein.

Police spokesman Vishnu Naidoo yesterday refuse to make any comment about the case. “I won’t confirm or deny the existence of this case because of its sensitive nature. We can’t be commenting about cases that are sexual-related,” he said.

Safa will hold its elective congress on Saturday, at which Jordaan will seek a second term. He was elected president of the body in September 2013, taking over from Kirsten Nematandani, and won the position by beating Mandla Mazibuko by 162 votes to 88.