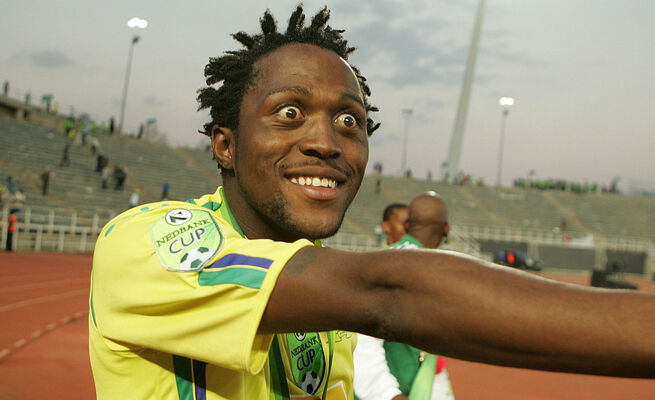 HAS anyone seen Lerato Chabangu?

The former Mamelodi Sundowns and Moroka Swallows midfielder maybe back to his old ways.

Chabangu has not reported for work for over a month.

The Tembisa-born player was given a lifeline six months ago by ABC Motsepe League outfit Baberwa FC.

Prior to that, the former Bafana Bafana star had fallen on tough times, eventually moving back home to live with his grandmother.

Chabangu became the talk of the town when an old picture of him holding a beer at a local football match surfaced on social media.

However, he later revealed that it was a picture taken seven years ago.

Fans and the football fraternity, though, could not help but feel sorry for Chabangu nonetheless.

Baberwa boss Joe Seanego was one of the people who decided to throw Chabangu a lifeline in the hope that he would reproduce the form that saw him terrorise defenders in the PSL.

However, according to an insider, Chabangu has not pitched at the club for pre-season for six weeks now.

“Chabanga has gone AWOL, he has not pitched for pre-season ahead of the new season,” confirmed the insider.

“He pleaded publicly for another chance and the club gave it to him.

“They took a big chance on him and gave him a good salary.

“He was not even fit when he came here, but the chairman thought he was a quality player who could help the club gain promotion to the National First Division.

“It’s just sad that he has not grabbed this opportunity with both hands.”

Chabangu could not be reached for comment while his boss, Seanego, said he was expecting the player to return to training soon.

After losing a number of their experienced former PSL stars such as Mthokozisi Yende, David Zulu, Luyolo Nomandela, Tefu Mashamaite and Linda Shiba, Baberwa had been hoping to build their team around Chabangu.

“It is true that he is currently not with the team, but we are confident he will pitch up soon,” said Seanego.

“He is still a good player who can contribute a lot to the team, and we are looking forward to his return.”