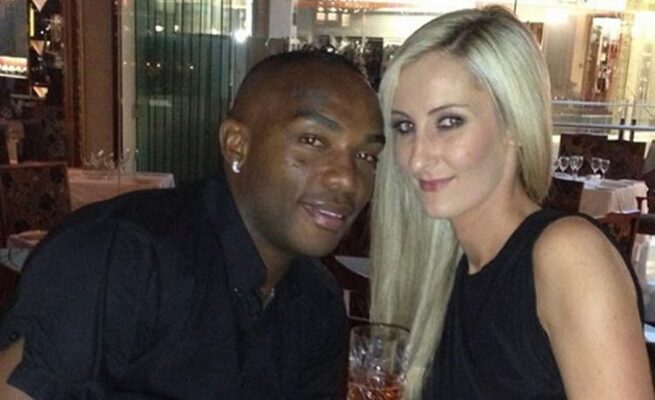 The Cape Town City coach and his Scottish wife Stacey Munro welcomed their second child together this month.

The couple have named the new addition to the family Lio Romero. The former FC Porto player and his model wife have an older daughter named Lima Rose.

He has three other daughters, Allegra, Minna and Miya, from a previous relationship, so Lio is Benni’s first son after four daughters.

Benni splits his time between his home in Scotland, where Stacey and Lima Rose are based, and South Africa

He said goodbye to Lio shortly after the little boy’s birth as he had to return to Cape Town for his coaching duties.

“It’s so hard to say goodbye for now, daddy’s wee man. Can’t wait to see u when u come to Cape Town. It’s amazing having u in this world my boy. Love you Lio,” Benni wrote.

It’s so hard to say goodbye for now, daddy’s wee man👶🏽 can’t wait to see u when u come to Cape Town 💙💙💙 It’s amazing having u in this world my boy 🥰 🥰🥰 Love you Lio

His football team was one of the first to send a message of congratulations.

“Cape Town City would like to congratulate Coach Benni who’s just welcomed a baby boy into his family. Future Bafana Star in the making‚” the club wrote.

Benni’s football peers also congratulated him on the birth.

Former Crystal Palace player Ian Wright wrote: “LIO !!!! Welcome to the world. By the way just so you know, your father is a legend.”