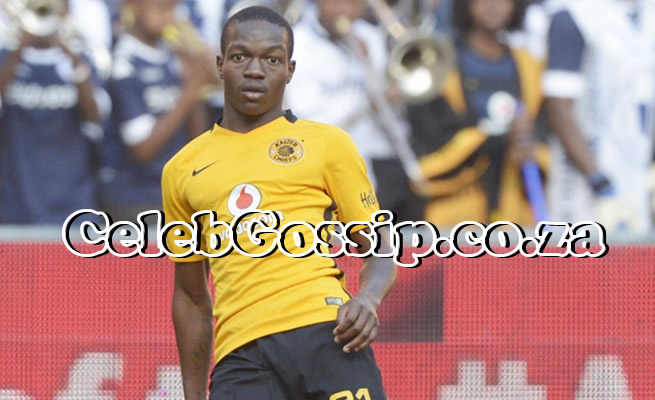 It doesn’t rain, but pours for rising football star and former Kaizer Chief striker Emmanuel Letlotlo who was fired by the club, and now locked in child maintenance wrangle.

Letlotlo (23) a promising star, and now without a club is facing time in court as two women Ntombi Gama and Neo Lebogo. The former has twins, while the later has a child all allegedly gathered by Letlotlo.

Ntombi is now contemplating another legal action against the footballer.

The two women claim the footballer is neglecting his children, but could rather go partying, engage in flash lifestyles but can not take care of his children. Lebogo adds that the footballer has never even bothered to see their two year old twins a boy and a girl, but only made countless promises to do so.

The mothers have since filed court cases against Letlotlo, so as to force him to be a responsible father, but the fallen football star brags that he is not afraid of court action. As if to confirm his negligence and unwillingness to own up, he recently told DRUM, that children are a divine blessing.

Letlotlo who attributes his failure to take care of his children to ‘poverty' says out of work, so can’t afford, after being fired from the Chiefs, but seems not to learn, as he recently announced on a microblog, that his fiancée, Arantxa Maarman is pregnant.

And calls his children's mothers bitter women, who are jealous that he has found new love.

“Those two are crazy, especially Ntombi,” he says. “She speaks to me like I’m her child. They need to come clean that they’re jealous that I moved on and I’m happy,” he told DRUM. However, he promises to take care of the children once he finds a ‘job', a team to play for, and urges the two women to be patient with him.

Meanwhile, despite having all the time to go see his kids, Letlotlo says he can not dare, because he could be poisoned by the 'jealous' women. And prefers that the two mothers should drop the children at his parents' home.

The mothers at one time went as far as engaging his family, who were accommodative, with Emmanuel's grandmother, at one time telling Ntombi to approach the courts for redress.

Ntombi met Letlotlo when they were both doing grade 8. Since then they had been lovebirds, until she got pregnant, and despite all the pain, she says would not want to create bad blood between herself and the family.

“Maybe it’s the money that changed him. He was unapologetic about his cheating, so I let him be. When I gave birth, he put money in my mother’s account when it suited him. I would nag him that I need money for his child and he would ignore my messages," she said.

Currently, she is studying makeup and beauty science at The Pyramid Beauty School, and it is her mother who is fending for the child, since she is still in school, at the same time she is not receiving any child support from the father.

She broke up with him in 2016, when she learnt he was seeing another girl, Neo, who also warned her off her man through Facebook, Ntombi who fed up with the cheating, indeed stayed away.

Now she is clear that all she clamouring for is that she wants him back. No. All she wants is for him to take care of their daughter.

However, this is not the first time she has taken him to court over child maintenance, in August 2017, she had Emmanuel before the court, where said he could afford R4 000, but gave her only R2 000 at his own time and willing

On the other hand, Neo, a clerk at a pharmaceutical company, gets up as early as 4am to get the twins ready for preschool at 7am. With her retired father driving them to school.

“My dad drops them off at crèche and I have to have a nanny ready after crèche. Those expenses are covered by me and my parents. My expenses are about R11 000 a month, I earn a little less than that. My parents have to help me out and that’s not fair on them,” Neo told DRUM.

Her father who is expected to enjoy his retirement money in peace, is now forced to spend it on the kids.

Neo met Emmanuel in 2015 via Facebook, and instantly he asked for her number she didn’t give in, but as they continued chatting, eventually they agreed to meet, and spent the first night together.

All went well, until after about half a year, she found out he was seeing many girls, when she confronts him, he would apologise. After 8 months Neo became pregnant, he started showing true colours goes awol for weeks, stayed out of touch.

“I decided to leave him in January this year because I realised the cheating would never stop. I was getting calls from different girls telling me to stay away from him. So, for the health of my kids, I stayed away,” she told the publication.

He has never seen the twins, who are now two years old, but he still believes his children will search for him when they grow up, without their mothers he has since blocked on social media. As for Ntombi, no team would take him seriously if he can fail the test of being responsible.